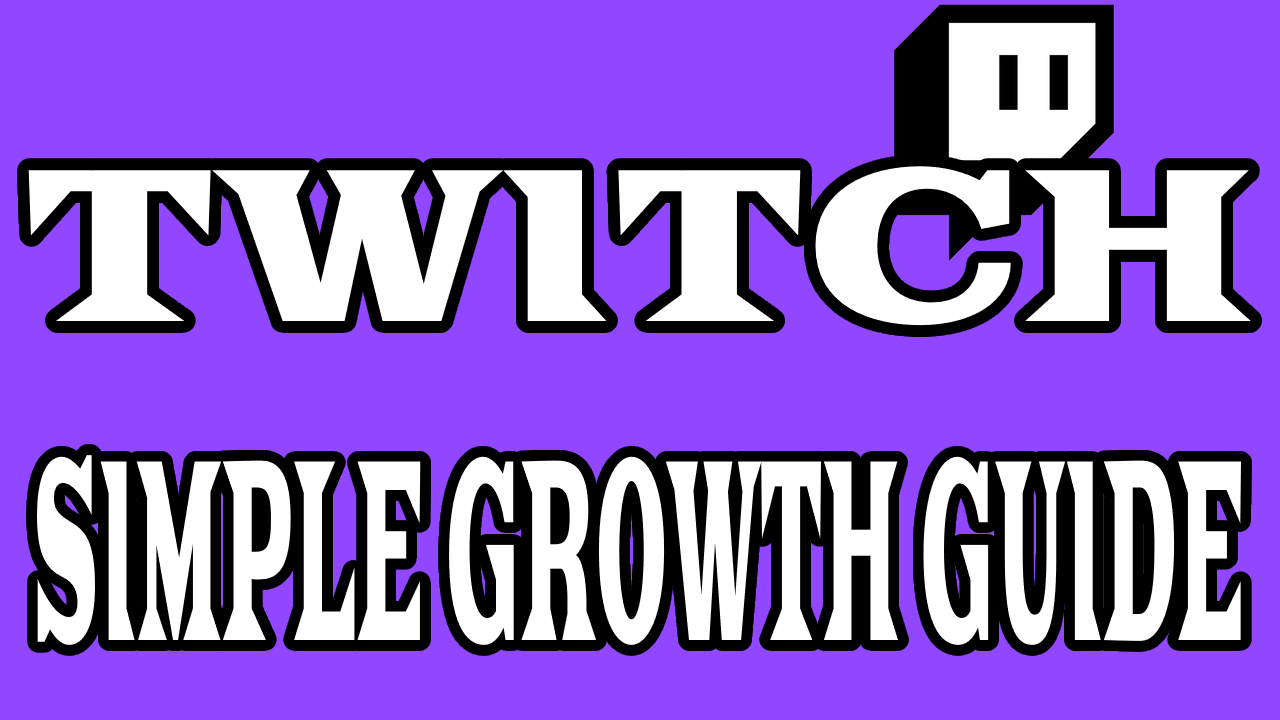 As someone who has been around Twitch for close to a decade and has seen and helped dozens of streamers set up, grow, and explore Twitch, there are many mistakes I see made too often. Recently a friend of mine asked for advice for his Twitch stream, so after some talk, it was time to create the guide you are reading today. Let’s briefly go over Twitch & your stream’s most important aspects and how you can easily and effectively improve your Twitch stream.

One of the biggest mistakes people make on Twitch is overloading their stream with flashy images, overlays, videos, and all else of what you can think. The simple truth is that while these things may be appealing to some, they won’t be to someone else. Every user who comes by your stream and sees something they don’t like they leave and may never come back.

By keeping your stream neutral, clean, and with the broadcast quality someone expects, they are going to stick around longer, simply by not being turned away instantly.

On a platform as winner-takes-all as Twitch is, connecting with the people who do look for something new is more important than almost anywhere else. So, give people a chance to get to know you by making your stream attractive to most people.

The importance of a camera.

Another way to make your stream attractive is by allowing people to connect with you. Using a decent camera is one of the most important things to grow your stream on Twitch. And before you say, “But there’s so-and-so, and they’re big without using a camera,” sure. In some very specific cases, people get away with not using a camera and still have people connect to who they are through their personality or stream quality. Most people, however, need every advantage they can get to convince your potential audience to choose you over any of the thousands of similar streams with who you are competing.

A key aspect of forming habits is to make them easy to repeat. The way that applies to Twitch is through your schedule, communication, and meeting their expectations consistently. Let’s look at each of these separately and dive into why they are so important for growth.

Making your schedule simple and consistent is vital to growing on Twitch. Whether consciously or subconsciously, your audience builds habits by watching your stream. That is something you should lean into and assist. If you stream Tuesday and Friday consistently, for example, at 6 PM, your audience knows that. Next time they get off work, order some food, and turn on the PC or Television to watch some entertainment, they’ll associate that with your stream going live, meaning they are far more likely to return.

One of the most common mistakes I see among smaller streamers is constantly switching between games. Anytime I have asked or talked to them about that, their responses are something like, “But bigger streamers do it all the time.” My issue, however, for smaller streamers is the audience’s expectations. Someone who watches you or checks out your stream from somewhere you have promoted your content expects you to be streaming the game they want to watch. If you don’t, they’ll simply turn away.

The reason that isn’t a problem for the larger streamers on Twitch is its inherent discoverability problem. As mentioned earlier, Twitch is a very winner-takes-all platform. Meaning people looking for something different to watch are hundreds of times more likely to pick someone from the first three streams in a game category than they are to find you on a position far down the line.

Because the bigger streamers have that inherent discoverability because their core audience moves from game to game because of their long-term connection to that streamer, they get to simply occupy these spots in any game they decide to broadcast.

Twitch’s inherent problem of Discoverability – how to get around it

There are many ways to get around Twitch’s problem of Discoverability. The main recommendation I’ve given friends over the years is outside promotion. Outside promotion includes creating content on Youtube, writing blogs, teaching people the game, social media, or half a dozen other things. The common thing is that it gives people a way to directly find you and more of your content on Twitch, which rarely happens for Streamers of mainstream games.

My favorite form of promotion, as you might guess, is to create content. A great example of this is the streamers we have worked with throughout the year so far. Laboresangre, Mewwy, Tenacity, and many more all got hundreds of people visiting their Twitch profiles in just the past few months from their past work of Blogs on AceGameGuides.

The barrier of entry for creating blogs is extremely low due to platforms like Reddit having access to a large and dedicated audience of people who are likely to consume Twitch content in some form. However, it’s important to remember that you aren’t the only person to create content within a genre.

Why a Niche is important for every aspect of Streaming growth.

Finding your niche is possibly the most important aspect of this entire story. For those unfamiliar with what a “niche” is, it’s something unique that you do. For Hearthstone, your Niche might be “that Demon Hunter guy” like Maym is for AceGameGuides. People remember Maym’s content since he was one of the few people to create high-legend content for the new Class, which led us to find him and work on more projects.

A niche simply helps people remember you and what you do. As an example from the Hearthstone community, think of who you still remember to this day. Looking way back, many of the early Hearthstone players still remember Laughin as “That freeze mage guy” who everyone asked things to learn more about the archetype. Despite him leaving the Hearthstone scene half a decade ago.

More recently, a great example would be Keith_numbers, who many people now know as the streamer who plays viewer suggested decks to and at the Legend ranks.

Finding the best game for you to stream.

A lot of the blog today references Hearthstone since that is the game most of us know. However, if you started streaming today, Hearthstone might be one of the worst places to start. As of June 2021, there are thousands of live streams for Hearthstone at any point in the day. Thus, the problem of discoverability impacts your chances massively since you are most likely going to be even below the point where people occasionally search when they want to find a new streamer.

For some people, however, Hearthstone (you can replace Hearthstone here with any of the major titles on Twitch) is their main game and what they want to play, stream, and share with the world. It is not impossible to succeed in 2021 streaming a major title, but promotion matters so much more than the time you spend live on Twitch.

That creates a fantastic opportunity for you. People who are going to be looking for more content about that game can very easily find you and your stream. Building up a dedicated audience of even just ten people who watch you stream regularly puts you ahead of thousands, if not tens of thousands of other streamers in the mainstream game categories.

The most under-appreciated growth tactic within streaming – Being a guest.

Throughout Twitch’s history, streamers appearing on other streamers’ channels was, to some, something controversial. In some cases, the guest simply was there to “leech,” so to say, without adding any value to the larger streamer’s community. However, there are many ways to do this the right way that benefits everyone involved.

The easiest way to state it – Provide value to the streamer AND the community.

There are many ways to provide value to a streamer—interactions that benefit you both, which should be your goal. One of the best ways that may apply to you is to teach them something. Are you better at a certain aspect of (Game) than (Streamer)? Reach out to them and offer to help them and the audience improve. Remember, don’t constantly mention your stream or even that you stream at all. If people ask about you to the streamer, they will likely recommend you and your content if it was a positive experience.

Another way, if you aren’t able to explicitly teach them something, is to be there for content or entertainment. Allow the audience and streamer to have a good time by setting up some kind of event for their community with you involved. Anything unique that they couldn’t or wouldn’t want to do by themselves. Some great examples of this include setting up a competition, hosting a giveaway of some kind. But, again, the only thing that matters is that you actually provide value and aren’t just there for your own benefit.

A simple way to improve your titles on Twitch.

One of the common mistakes people make on Twitch is with how they create their titles. Especially for smaller streamers, your titles matter a lot. Here is a simple formula to follow when deciding your stream title for the day.

It gives people browsing the Twitch directory something that immediately grabs their attention and a clear idea of your stream. Then, the second part of the stream title, the commands, increases the number of people interacting in your chat. And the final part of your title is for the people already watching your stream. The final thing is what you promote to grow one of your other platforms, with the goal of increasing your overall reach.