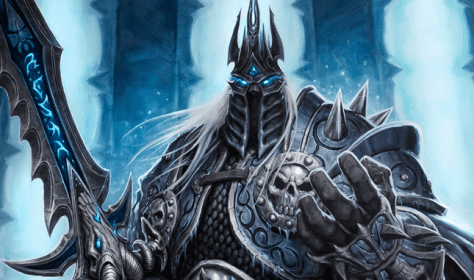 The Lich King, aka Arthas Menethil, commander of the dead, is one of the oldest heroes in Hearthstone Battlegrounds. Long been riddled with a mediocre hero power, his most recent change catapulted him into the top tier category.

Lich King’s new hero power gives a free increase in early-game board strength that puts Lich King way above the lobby average in terms of tempo from turn one. The advantage that reborn offers allows more flexibility throughout the mid-game, opening up greedier avenues of play not available to most heroes. Finally, in the late game of Hearthstone Battlegrounds, Reborn Rites maintains relevance. Leading to some of the strongest strategies available in Hearthstone Battlegrounds.

The early game for the Lich King, utilizing Reborn Rites

When you play the Lich King, you will want to follow the standard curve of leveling up on turn two and turn five*. Because of the hero power, it’ll be rare for you to lose a fight, even with a mediocre board. Furthermore, if you manage to land a good Deathrattle unit, you’ll become a powerhouse, rolling over everyone you face until the mid-game. Look for a strong Deathrattle unit on tier two like Imprisoner, Kaboom Bot, or Spawn of N’zoth. If you can’t find any of those, even mediocre Deathrattles such as Kindly Grandmother or high attack minions will fit your hero power. Given a choice, Spawn of N’Zoth is the best early-game target for Lich King. If you can grab one, you can look to play even greedier in the mid-game.

Because of the tempo that the Lich King’s hero power provides, Lich King can tier up quickly to tier three and reduce the damage by giving a tier-three unit Reborn. If you find yourself with more mediocre minions on turn three, you could always opt to spend the gold going up and hope Bob fills your next shop with premium Reborn targets.

In this example, on turn three, I hate my choices here. Mechs, Dragons, and Elementals are in the lobby, so tier-three has many strong tempo options. In this case, I decided to upgrade my tavern to three, and next turn find two Twilight Emissaries, one of which I gave reborn for the turn through Reborn Rites.

Succeeding in the mid-game of Hearthstone Battlegrounds

Once you reach tier three and a full board of units, your goal is to figure how to transition your early game power into a winning composition. Keep looking out for units with synergy with your hero power, and use that tempo to afford greedier options, such as fishing for triples or tiering up earlier.

If you find a triple and the money works out, fast-tracking up to discover a tier six can be great for Lich King; tier six deathrattle units. Minions such as Ghastcoiler, The Tide Razor, or Gentle Djinni are insane with the Lich King hero power, while you can also pick up game-winning cards like Kalecgos Arcane Aspect.

In this example of a mid-game situation, it is turn eight. I had three pairs during turn seven while rolling on tavern tier four. I froze the Emissary triple, next turn went up to tier five, and tripled into Kalecgos.

Now that you have a full board of units keep in mind some of the pitfalls that plague Lich King players. A Deathrattle unit will not be Reborn if the board is full from the Deathrattle unit it spawns. Reborn units will not respawn twice if you hero power them. And finally, Reborn units spawn as their base stats and keywords. So that Poisonous Murloc you just hero powered is not coming back with Poisonous. On the flip side, golden units do respawn as their golden versions.

The other card worth discussing is Khadgar. Besides the various unique strategies Khadgar allows (An in-depth guide is in the works for that), Reborn now synergizes with Khadgar. With a Khadgar on the board, any Reborn Rites target doubles in value.

Finalizing your comp with the Lich King in Hearthstone Battlegrounds

Hopefully, you’ve picked up some scaling, whether it be a Kalecgos Arcane Aspect, Brann Bronzebeard, or Lightfang Enforcer. One of the greatest things about Lich King’s hero power is the relevance it has in the late game, unlike other heroes. In the late game, you’ll want to be using your hero power on some of the high impact deathrattle units, such as Selfless Hero, Goldrinn, the Great Wolf, or Nadina the Red.

Synergetic compositions for the Lich King

But what about the dragons?

Your key hero power target is going to be Nadina the Red in this composition. Taunt Nadina and place her around the middle of your board. That way, when she dies, she initially gives Divine Shield to your board, and after a couple of attacks back and forth, she can attack again, dying and refreshing the Divine Shields of your dragons.

Lich King is an excellent hero, with a basic yet reliable playstyle. Always try to aim for a strong hero power target at all times of the game, whether it’s the board-buffing Spawn or just a strong Deathrattle card like Savannah Highmane. Recognize when your hero power puts you in a position of strength, so you can tier up to get closer to your late game build.

While the Lich King is not the most flashy hero, he offers players a strong, reliable tempo. With that and good Battlegrounds fundamentals, the Lich King can lead you to pick up wins in the tavern.

For more of Edzy, be sure to follow his twitch stream where he plays Hearthstone Battlegrounds at 11k+ MMR!

Do you want to have your deck featured or work with AceGameGuides on creating strategic content? Email Arend@AceGameGuides.com, and we’ll talk! For more of AceGameGuides, be sure to join the new discord! For more content, learn more about how to get extra time in Hearthstone Battlegrounds.