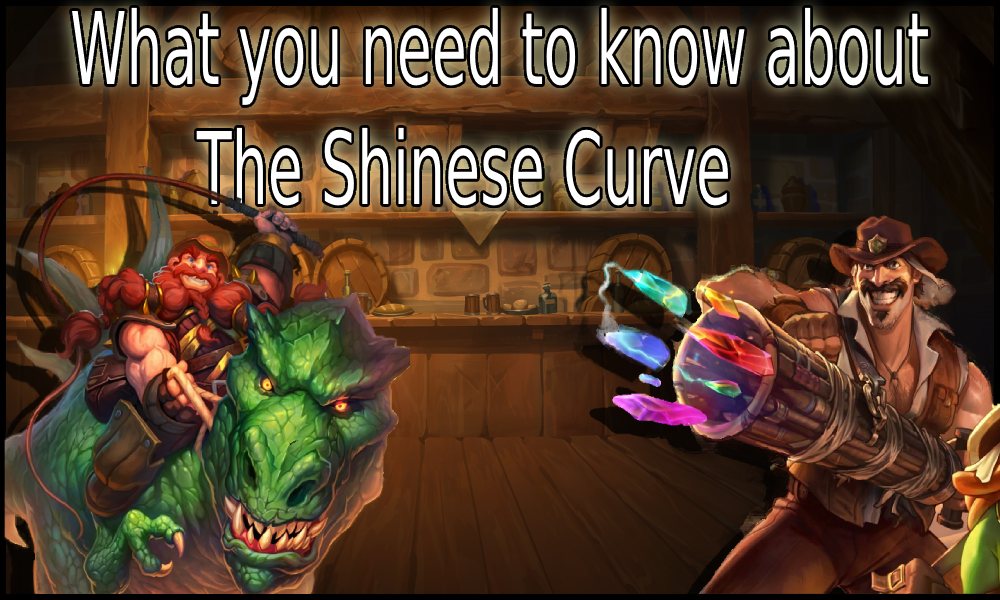 The strategy, referred to as the Warrior or XQN curve, is more commonly known as the Shinese curve from the Chinese player ShinEE. The strategy with this curve is to stay at Tavern-Tier one until turn five. Then, you upgrade twice, from Tavern-Tier one to three, to catch back up to where the other players in your lobby are. The new strategy is increasing in popularity as time goes on among the top-rated players, despite many not completely understanding “why” the strategy works as well as it does. Here is everything you need to know about the new Shinese Curve and how to use it to your advantage.

What is the Shinese Curve

At first, the strategy may look weak. As we avoid purchasing any Tavern-Two units at the start, we commonly have “weaker” minions than our opponents. However, there is a way to make sure you can beat your opponents despite this.

That way are the units Acolyte of C’Thun, Micro Mummy, and Wrath Weaver. These three minions are just as strong, sometimes even stronger than most minions at Tavern-Tier Two. In addition, you likely have access to more units due to them committing gold to raise their Tavern between turns two and four. What’s even better is that you likely have more gold and more pairs than your opponents. All of that combined allows you to create triples in the future turns, allowing you to get more consistent and faster Tavern-Five and Six units than most of the lobby.

What you need to know before playing the Shinese Curve

There are some things to consider before you pursue the strategy.

The Shinese Curve is quite flexible in what tribes need to be available for it to work. The obvious ones, Mechs, and Demons help you perform best in the early game. Tribes like Elementals, Murlocs, and Beasts give you access to Token Generators, where the other tribes like Pirates and Quilboar have strong Tavern-Tier one units that provide various benefits. The only exception is the Dragons tribe, which we don’t particularly benefit from early in the game. However, Kalecgos is a strong unit to find late in the game and makes for a great win condition for our mid-game discover opportunity.

There isn’t a single tribe combination that truly makes the Shinese curve impossible. However, in games where both Mechs and Elementals are not available, your chances of success do drop significantly. Micro Mummy is one of the strongest units for the Shinese Curve, and as such, losing it hurts your chances. As for the Elemental tribe, Sellemental is the best economy unit available as it doesn’t take up space in your Warband.

What heroes work best with the Shinese Curve?

One restriction of the Shinese Curve is that you need to play a hero that benefits from the strategy. Heroes like Xyrella, Dinotamer Brann, Gallywix, Reno Jackson, Yogg-Saron, Captain Hooktusk, Ragnaros, and Edwin Vancleef are examples. Any hero who benefits “more” from finding triples than other heroes or has an ability that benefits the curve are good choices. Other heroes, like Jandice Barov, Galakrond, Blackthorn Deathspeaker, Forest Warden Omu, or Lord Barov, are likely better off playing their own curve instead in most cases.

When following their “standard” curves, heroes like Reno Jackson or Dinotamer Brann might have difficulty finding benefit from their abilities. For example, if Reno can’t find a triple or Dinotamer Brann can’t find enough Battlecries, they just lose. With the Shinese Curve, those issues are vastly less common, allowing them to succeed more consistently overall. Xyrella and Yogg-Saron have the benefit of purchasing minions cheaper than others. The Shinese Curve allows them to find triples and pairs much easier and more consistently.

As Battlegrounds is still far from being a “solved” game, many players are still experimenting with the best strategies for each Battlegrounds hero. As such, players still discover new strategies like the Shinese curve, after which a period follows where players try it on various heroes, to mixed success. The factors mentioned earlier influence which heroes find improvement from using the curve drastically. However, some heroes might surprise you. There isn’t one strategy you can play every time with any hero in Battlegrounds. Try and consider all your options in your first shop(s) of Bob’s Tavern, and choose the right strategy for you. A great resource for all Battlegrounds curves is our new Battlegrounds Curve Cheat Sheet. For more specific curves, like the Jeef Curve, be sure to read our in-depth guides.

While you may have the correct set of tribes and a good hero to pursue the Shinese Curve, your shop also affects your chances of success. If Bob offers you strong minions that can fight against Tavern-Two minions, then go for it. The best options are Micro Mummy, Acolyte of C’Thun, to be exact. If they are offering you a ton of token generators, then go for it. Even if they offer two Wrath Weaver and a demon, it can still be a good idea.

But if the shop has weak minions such as Micro Machine, Murloc Tidecaller, Fiendish Servant, or Scavenging Hyena, then a “standard” curve might result in a better outcome. The most important thing is to think ahead of how your turns play out. Look at your turn two shop, and decide if you can pull the strategy off or if you should return to the standard curve and upgrade to Tavern-two instead. Always look at your next shop, upgrade cost, the amount of gold you have, and your minions. You have to imagine your future and next turns to reach the highest ranks of Battlegrounds.

The strengths & weaknesses of the Shinese curve

We mentioned many of the strengths throughout the article. In the earlier turns, you find more minions, have more flexibility on allocating your gold and have an increased chance of finding pairs and triples. In addition to those benefits, certain heroes can increase their consistency following the curve, like Reno Jackson and Dinotamer Brann.

The weaknesses, however, should still be taken into consideration. If you triple early on, you will lose out on potential value and tempo by discovering an easy-to-find minion. If you keep getting only pairs, you might lose your strength as everyone levels to Tavern-Tier four. Pairs mean nothing if you can’t find the third minion. And as the last downside, the Shinese curve requires more decision-making than most other Battlegrounds strategies. There are more things to consider, which means there is more room for growth, but you are also much more likely to make mistakes throughout the learning process.

There is still a lot of room for improvement with the strategy. However, so far, the results are clear. The strategy performs better than many of the current Battlegrounds strategies in the right situations. As such, you should learn the strategy if you want to compete with the best or if you want just to continue to learn more about the game of Battlegrounds.

For more of My Battlegrounds content, follow on Twitch, Twitter, or join our discord! Are you looking for something more? Read all about the up-and-coming hero Kurtrus the Ashfallen, the classic Forest Warden Omu, or the latest version of Galakrond!