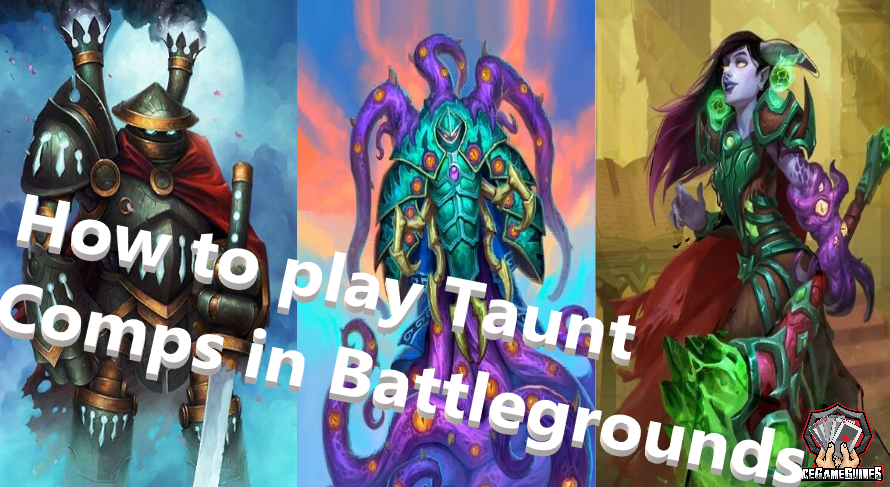 Today we are going to cover a very important topic. How to climb in the new meta, Patch 20.8.0. For those who don’t know me yet, I’m Tenacity191. As I write this, I’m among the top hundred players on the European Battlegrounds leaderboards. The article you are reading now is one of many I’ve created to help educate people about the amazing game of Battlegrounds.

We covered Hero picking in general over our how-to win at hearthstone battlegrounds guide, so if you haven’t looked, make sure you take a peek. The thing I want to add on top of it is that now that the meta is slower and power leveling is much harder. In patch 20.2.2 the extremely strong heroes are the one who helps you level, or the ones who gives you buffs every single turn.

Other strong heroes are ones like C’thun, Jandice Barov, and Maiev Shadowsong. Jaundice and Maiev, for example, reach tavern four on turn six with a full board, which grants them a huge advantage. The reason for that advantage is that you are getting ahead of everyone who has to play a turn on tier three without spells.

What should you know about the current Battlegrounds meta?

The 19.6.0 meta brings us back to the normal leveling curve. Now that the Darkmoon Treasures are gone, everything slowed back down. That means, thankfully, no more turn eight double Kalecgos, Arcane Aspect turns, and less of the crazy race to tavern five/six no matter the cost.

Something else the meta shift allowed for is for Taunt comps to succeed. Understanding the new taunt comps is highly important in the current meta, as there is a lot of confusion, which allows for a lot of opportunities for those who do get it.

There are two types of Taunt comps you need to know. In your game, you might play one end, or the other or combine the two to find your way to those sweet first-place finishes.

The basics of the Aggressive Taunt Comp.

Imagine the next situation. It is turn six; you just leveled to tavern four, not too strong, and want to stall. You need stats, and you need them now. One of the fastest ways to get stronger is to create an Aggressive Taunt composition with Qiraji Harbinger. When you have Qiraji Harbinger on board, whenever a minion dies, the neighbors of the taunt minion get +2/+2. In the early game, that makes a huge difference. Especially next to units with high health as Annihilan Battlemaster or any divine shield unit. Qiraji Harbringer’s effect on those minions gives you a lot of tempo, which allows you to level safely to Tavern five or fully commit to the Taunt composition.

If you can find a Champion of Y’shaarj to add to your roster, you quickly become strong enough to get yourself to the top four. Another option to scale is to triple your Qiraji Harbinger in addition to a Voidlord. That is one strategy that quickly gets you on pace to reach a first-place finish.

It is important to realize that while relying completely on Qiraji Harbinger is ok for a turn or two. The fact that you don’t get permanent stats will come to bite you afterward, and this is why this comp is good if you want to level to tier five soon or find the rest of the key pieces to make sure you are not falling behind at turn ten onwards.

While the aggressive Taunt comp build gets you a victory on occasion, there’s a different Taunt strategy that scales much better.

What is the Scaling Taunt Comp?

Let’s talk about the minion that allows Taunt compositions to succeed as much as they do in the current meta. That unit is Arm of Empire. Arm of Empire grants your taunt minions a permanent two attack buff whenever they get attacked. Previously Arm of Empire granted a +3 attack buff, which was gone after each combat stage. The change to it becoming a Permanent buff is simply massive.

Just like soul juggler, we get another comp dictator unit on tier three. Not only can it dictate your comp, but its stats are also high. Arm of Empire is a four attack, five health minion, which gives it a direct impact if you can pick it up on tavern three while finding more taunts to pair with it. One of the Taunt comps’ strengths is that you aren’t required to reach tavern five to succeed. Staying at a lower tavern allows you to be stronger “now.” At the cost of some scaling, you get an additional turn or two to focus on upgrading your board, where other players need to tavern up. The Taunt comp is especially strong when you want to reach a top-four placement, but you have no direction to find a game-winning team.

What minions does the Taunt comp want to find?

While getting two attack for every taunt minion is attacked is great, what about your minions’ health? That, sadly, is the main downside of the Taunt composition. However, there are several ways to play around our weaknesses. The best one is Divine Shields. Picking minions with Divine Shield naturally works well with the Taunt compositions, as you often get two or more attacks from them.

One of the best late-game minions you can find is Selfless Hero. Granting your minions additional divine shields significantly increases your board’s strength in the final rounds.

How to build the “Scaling Taunt Comp,” and how not to over-force it.

Of course, you have to have the key unit, Arm of Empire. After that, you are looking for high health units/divine shielded units, taunt them, and let them scale. Avoid getting baited by taunt minions with very low health, as even the highest attack taunt minions trade evenly with small minions with just enough attacking power.

The most important minion-type for the Taunt Comps is the Mech tribe. There are so many mechs that synergize incredibly well with your taunt minions, like Annoy-o-Module, which turns any minion into a powerful scaling taunt minion. Or minions like the Iron Sensei, which help your mech/taunts scale their health every turn.

But how do you avoid getting baited into a bad taunt-comp-game?

So many times, I found an Arm of Empire and then told myself, all I need is taunts, didn’t level to tier five, didn’t find taunts, and died. Or I had taunts, hard rolling for Arms of empire without any luck. Remember, Arm of empire is a great engine, but even if you got it, and the game offers you a better engine, don’t force it too hard.

Closing thoughts for the 20.8.0 Battlegrounds meta

If you are looking for new ways to improve, I want to take this opportunity to invite you to Tenacity’s Educational Battlegrounds Community discord, with guides, tons of people to spectate and tutor you – all for free!

For more of Tenacity191, check his educational streams on twitch and his youtube channel, where you can find more content about how to get better at hearthstone battlegrounds.