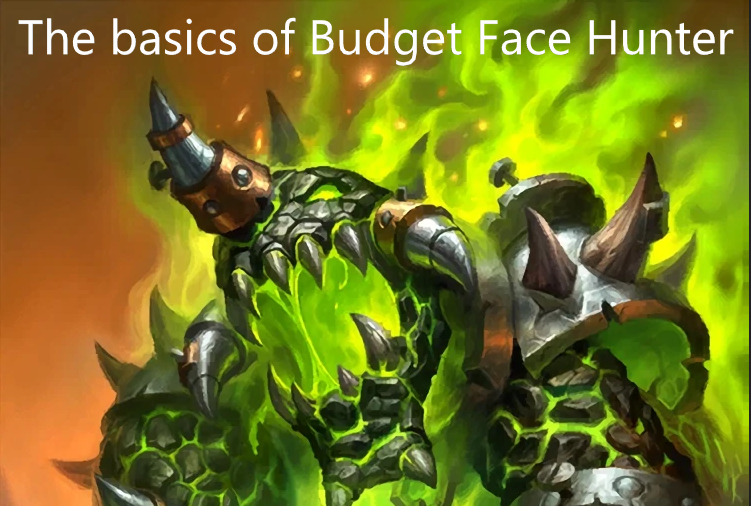 One of the current strongest Standard decks in the Forged in Barrens Hearthstone meta is Face Hunter. One key strength of the archetype is its fantastic matchup into the ever-popular No Minion or Deck of Lunacy Mage deck. With many Face Hunter builds following quite a similar principle, there is one deck that stands out among the rest for players like you. The budget version of Face Hunter includes no Epic or Legendary cards and is strong enough to reach Legend.

Simple advice to get started with Budget Face Hunter.

Playing Face Hunter is one of the simplest things in Hearthstone since you are nearly always the aggressor in the matchup. When in doubt, simply attack the opposing hero. The mulligan is equally simple for Face Hunter since it’s very clear which cards you do and don’t want to see. The obvious good cards include your strongest one-mana cards like Intrepid Initiate, Demon Companion, and Imprisoned Felmaw. Another is Adorable Infestation, which is great to keep if you have something to use alongside it.

However, some cards look great on paper, but that you want to avoid. A card like Tour Guide simply doesn’t accomplish much on turn one compared to your alternatives. That said, if you find a tour guide alongside some other strong follow-up cards such as Adorable Infestation or Imprisoned Felmaw, it’s better to have something, rather than nothing, on turn one.

The common mistake of Face Hunter

Another frequent mistake I see is people holding onto Wolpertinger alongside other one-mana cards, or even alongside a Scavenger’s Ingenuity. Wolpertinger’s strength comes from the synergy it has with Scavenger’s Ingenuity, so you want to maximize your chances of getting value from it whenever possible. Try and remember that the deck only plays four beasts alongside the two Scavenger’s, so holding onto one or more of them in your starting hand raises the chances of finding a dead card later in the game.

Combo Handlock (Classic)
Do you want to have your deck featured or work with AceGameGuides on creating strategic content? Email Arend@AceGameGuides.com, and we’ll talk! For more of AceGameGuides, be sure to join the new discord!