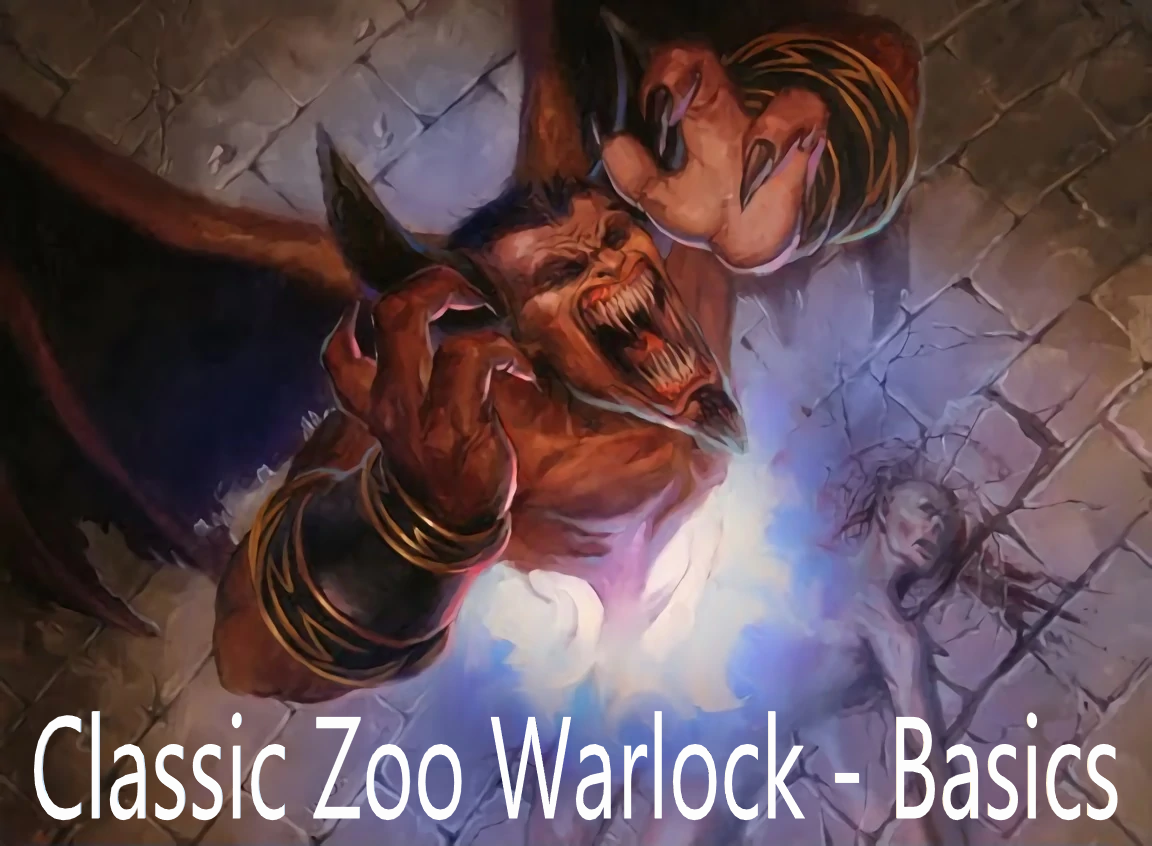 The Classic Zoo Warlock might be my all-time favorite aggressive deck in Hearthstone. Sure, those fancy Darkglare Decks you might play nowadays are fun and all, but think of this as the grandfather of the aggressive Warlock decks you know now. The Classic format gives old and new players alike a chance to experience what Hearthstone was like back in 2014, and if you want to experience the format, Zoo Warlock is a great choice to start.

The most common Classic Zoo Warlock is a combination of simple common and rare cards, allowing you to create the deck without breaking the bank. Sure, you can make additions such as Leeroy Jenkins, but you don’t need those to succeed.

The original creator of Zoo Warlock was quite disputed back in the day. Still, the player to popularize it was Reynad, at the time a popular streamer and now the owner of the organization Tempo Storm.

The simple advice that you need to get started with Classic Zoo Warlock.

The Classic Zoo Warlock deck is all about the first turns of the game. As such, it plays eleven one-cost minions, maximizing the chances of a good start. However, not all low-cost minions are equal in strength. The three main ones you are looking for are Young Priestess, Flame Imp, and Voidwalker. While other ones like Leper Gnome and Argent Squire are certainly better than nothing, you can look for other tools if you already have some of the main three.

The most common mistake people make is holding onto cards they think are good later in the game, such as Scarlet Crusader or Harvest Golem, in situations they don’t have the ideal turn one and two ready to go. A simple way to avoid this issue is by simply not keeping them in your mulligan unless you know exactly what you are doing in your first three turns, no matter what.

A simple tip for Soulfire

One of the worst feelings when playing the Classic Zoo Warlock deck is when you find yourself with Soulfire and Doomguard in the same hand. Because of that, it’s important to remember to use Soulfire in situations it may not be ideal if your hand is empty besides it. A small use is still better than not getting to use it when you inevitably draw Doomguard in one of the next turns.

Want to play something new? Learn more with Deckinsights!