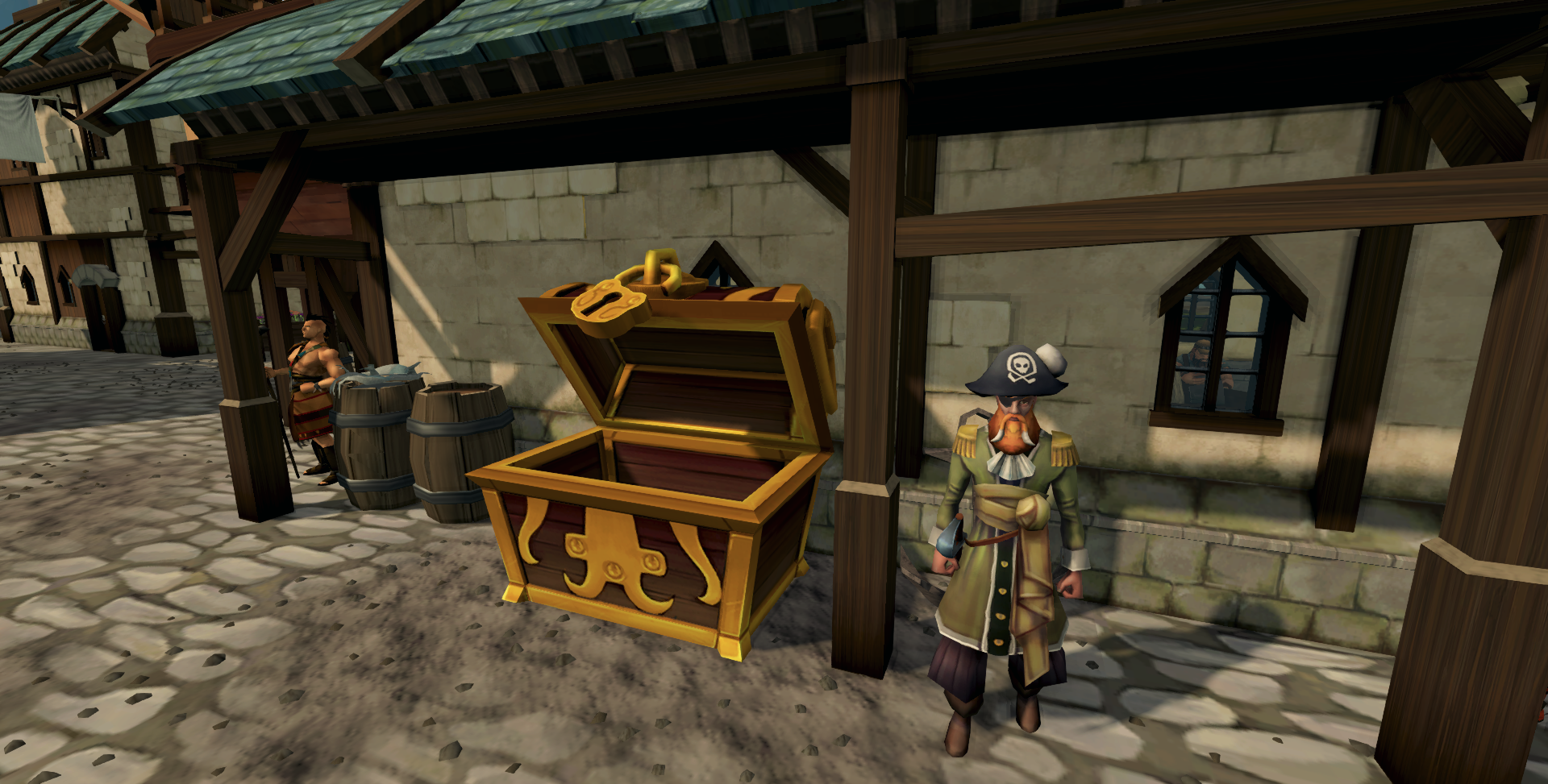 Ahead of Runescape’s first major update of 2023 (coming January 9th), a small update is going live tomorrow, January 4th, introducing Frank’s Free Chest. Frank’s Free Chest is the first in a series of tests Jagex is working on for Runescape to increase user retention in a move in line with the long-rumored arrival of Jagex to the British stock market. The test runs from January 4th to January 31st, 2023.

What is Frank’s Free Chest

Frank’s Free Chest is a new free (member’s only) event whereby players receive Pirate Keys, which unlock Frank’s chest, located outside of the bar in the northeast of Port Sarim. Players can earn up to twelve keys a week for a total of 48 chances at increasing the rewards. There are two main ways to obtain keys, the first of which is by logging in daily. The second method is through playing Runescape, as players can obtain an additional key once per hour. It is worth stating that the Pirate keys are both stackable and storable in the players’ currency pouch, so there is no need to worry about managing inventory spaces when you obtain the pirate keys throughout your adventure.

Ironman can obtain many of the drops, with the main exceptions being the 100M coins and the Dragon Tools. For more Runescape, be sure to check out how to fix the 7.28 server error, how to fix the Powerburst Cooldown bug, and the latest strategies to farm gold.