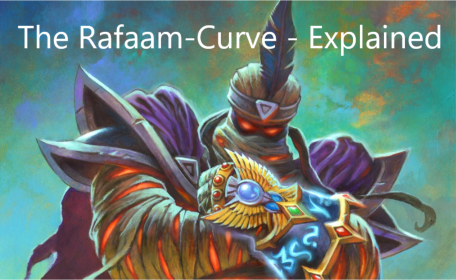 Turn three is a difficult situation for many players in Battlegrounds because of how many options you have – five gold is an awkward number, just short of buying two minions. It’s crucial to think carefully about the following questions: What kind of Warband will your opponent have? Of what is your hero capable? Should you tier up? How strong are the minions being offered? I’m here to talk about all of the common situations you will find yourself in turn three. And how to best navigate it.

To review, heroes usually buy and upgrade in one of three ways:

We’ll discuss the general strategies in order, starting with the largest pool – the standard curve.

Most heroes in Hearthstone Battlegrounds don’t have a hero power that affects their first few turns. Because of that, they have three options to choose from to prepare for round three of the game.

Option One: Sell your tier one minion or token and buy two minions

Let’s start with the most common play on turn three. To get ahead of your opponents, you have to create the strongest combat board possible with the minions offered. Look out for minions from tier two that have synergy or are just generally strong.

For example, Spawn of N’zoth and Kaboom-Bot are often great at the early stages of the game due to their powerful effects and continue to be relevant even later. Imprisoner, Harvest Golem, Steward of Time, and Glyph Guardian have the best stats you can get at tier two and are just solid combat picks.

Synergy picks are an interesting option at turn three since it’s much less common than your other options. For example, picks like a Southsea Captain with a Yo-Ho-Ogre are also very effective together. Menagerie Cup can also be a decent synergy pick if you can get at least two tribes on the board. Finally, Freedealing Gambler is a fairly average pick in terms of combat stats, but fully refunding the three gold it costs to purchase her makes her a reasonable choice as well.

Option Two: Sell your tier one minion and upgrade your tavern

An uncommon play due to the risk involved; you’ll have a single minion at best – sometimes nothing – and will almost certainly lose the next combat phase. Still, given extremely weak choices from Bob, it might just be your best choice, giving you access to more powerful tier-three minions earlier than anyone else in the lobby.

Consider the following before making an early upgrade play:

The third option, buying and rerolling, usually happens when Bob gives you a single decent choice from the tavern against an opponent that you still have a shot at fighting. You can pick up the strongest minion offered and then reroll twice to secure better choices for the following turn. Some heroes like Ragnaros the Firelord want to keep their health as high as possible, so risking the early upgrade just isn’t worth it.

Heroes who want to follow the Rafaam-curve commonly gain a lot of value from their one-cost hero power. Characters like Maiev Shadowsong or Arch-Villain Rafaam can obtain extra minions by spending a single gold. While other heroes like The Great Akazamzarak or Lord Jaraxxus boost their combat ability by using their ability.

Whatever the reason, users of the Rafaam curve usually have little to no variation on turn three – you buy the best minion and use your hero power. You’ll have a single extra piece of gold here, which lets you reroll for better picks before you make your choice.

For more on the Rafaam curve, read all about it in Mewwy’s Basics of Battlegrounds post.

The heroes with a special curve in Hearthstone Battlegrounds

These heroes have abilities that give them unique ways to level. Here’s a quick run-through for them:

Now that we’ve covered the general ways you can play the third turn, remember that every game is going to be different, no matter how similar the first three turns always seem to play out. With that said, take your time before you make your choice – for many heroes, it’s the first real decision point in the game, and whatever you do will often help or hurt you for the rest of the game. Now good luck out there, and stay away from Bob’s spicy pretzel mustard!

If you got any more questions, just visit my stream & I’ll be happy to chat! I hope to see you guys there. Also, make sure to follow Mewwy on Twitter!