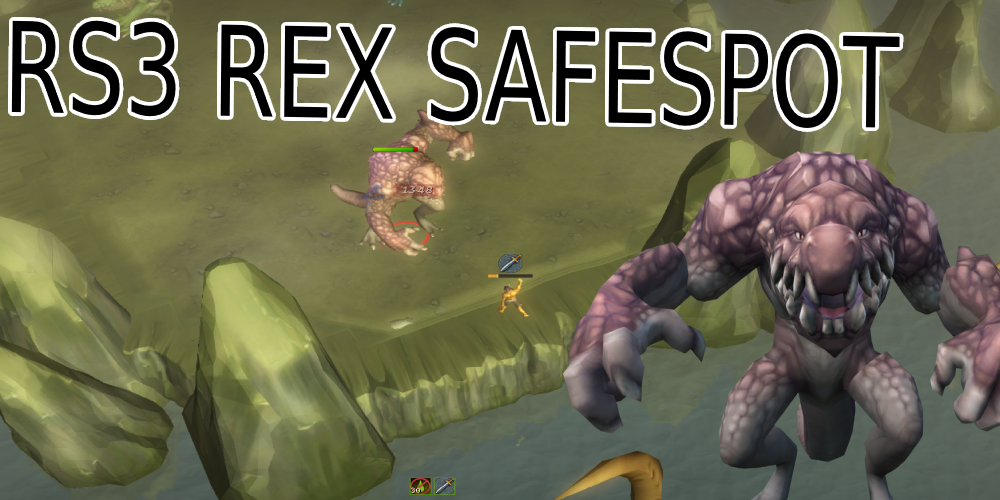 Today, however, let’s focus on the easiest of the trio, Dagannoth Rex. This specific meta is only viable for Ironmen of all types due to their access to free normal (and fastest* with a trick) speed-instanced boss encounters. For regular players accessing the instances costs 200k per created instance, which is far too high for what the bosses provide low-level players. However, as the Berserker Ring and Dragon Hatchet are must-haves for Ironmen players, these are worth obtaining as early as reasonably possible.

The entrance requirements for Dagannoth Kings & the Rex Safespot in RS3

Technically speaking, the method of killing Dagannoth Rex is available for all Ironmen. However, a minimum of 50 Magic and 40 Defense is highly beneficial due to the aggressive Spinolyps inside the Kings’ lair. Bringing an Antidote potion, easily obtained from the store just south of the Karamja lodestone, is helpful as the Spinolyps can poison you.

The method to safe spot Dagannoth Rex in Runescape3

After completing your first Dagannoth Kings kill (you’ll have to walk to the entrance at least once or obtain a Dagannoth Kings Reaper assignment), you want to create a portal to the Dagannoth Kings lair in War’s Retreat. That gives you infinite, fast access to the lair, which significantly reduces the loss of making small errors through the method.

Now that you are at the lair’s entrance start a private instance at Normal speed. – Note the lair “costs” 200,000 coins according to the menu, but Ironmen have free access to creating normal speed lairs at all RS3 bosses. – Enter the lair, and now directly leave the instance.

Once more, click on the ladder to enter the lair, change the respawn speed to “Fastest,” and use !IMPORTANT! the “Rejoin” button. Don’t create a new instance, as that costs you money. Using the Rejoin button allows you to use the “fastest” spawn time at no cost!

Now, run all the way east of the lair to the furthest tiles of the arena. Here you are safe from all Dagannoth Kings as they spawn. For a visual representation, open the tab below. Once Rex targets you, take some steps north while hugging the East wall. Once Rex comes close, walk to the “safe spot” tile, next to the South-East rock. That square, in particular, creates a complete safe spot of Dagannoth Rex and sits just outside of Prime’s attacking range. While the spot of the southern Rock looks similar, there is a tile where Prime (with rare but possible) pathing can attack you when you don’t expect it.

Simply lure Rex on repeat, bank the bones for later, and unlock those vital upgrades!

Fixing your mistakes at the Dagannoth Rex safe spot

On occasion, you may walk too early, and Dagannoth Rex may path south too fast. Fixing the mistake is quite simple. The first is just to teleport. Reset the instance, and set up your safe spot to try again. That is primarily for Hardcore Ironman players who try and do this at a very low combat level. However, for those with protection prayers or some food, walking north, along the Eastern wall, and then crossing through Dagannoth Rex back to your safe spot tile is a guaranteed fix. Each has its benefits, with teleporting out being “safer” for those who need it and walking north (along the wall) being faster, at the cost of taking several melee attacks from Rex.

Something worth remembering is the ability to adjust your skybox settings. As the cave is quite dark by default, it may be easier to use one of the brighter filters instead. Simply “rightclick” the mini-map button, and use the Change Skybox option to pick one you like.