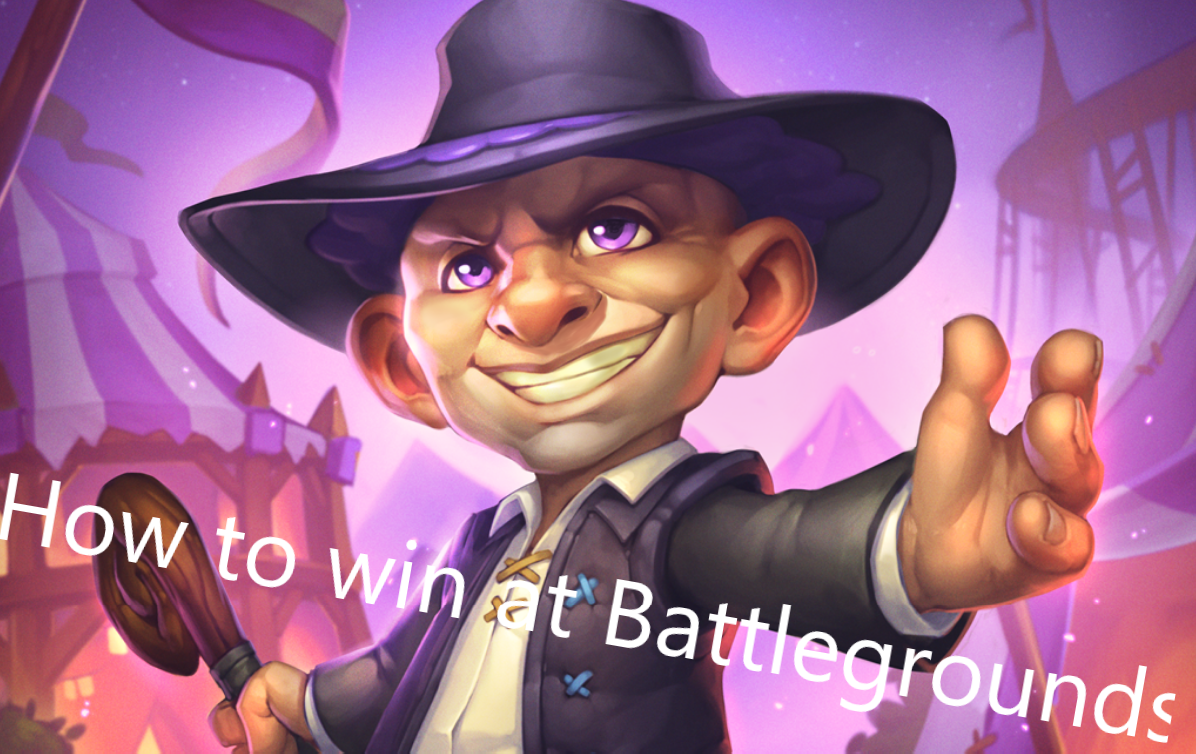 Today we are going to cover a very large topic: How to win at Hearthstone battlegrounds! I’m Tenacity191, and four months ago, I was at 8k rating in Battlegrounds. At that point, I decided that my goal is to get into the top 200, and for that, I really need to understand the game and beat the best of the best. It took me three months to get into the leaderboard, and currently, I’m in the top hundred players in Europe, after peaking at rank forty on the leaderboards.

Why am I telling you that? I want you to believe that I was at your place and that you are not wasting your time reading this guide and following it.

We will cover a few topics that you need to learn. Since this is a general guide, we will create a specific guide for every one of those topics, so make sure you are going over them as well after reading this one!

We are going to cover:

That a lot of topics to cover, so let’s get started.

Your hero has a lot to do with your chances of success in Hearthstone Battlegrounds. Every major patch, we see new heroes and hero changes. And in every patch, there are the better heroes and heroes that are much below average. The strength of your hero impacts your chances in a match drastically.

With the number of heroes available at any given time in Hearthstone Battlegrounds, the difference between the worst and best heroes becomes quite significant. Some of the worst heroes available in Battlegrounds have an average placement of 5.5, according to Hsreplay’s data. The “best” heroes, like Elise Starseeker, find themselves with an average placement in the top four positions. Simply said: Picking stronger heroes provides a significant advantage before the game even starts.

Unique Hero strategies – how it affects which hero you should select

But what can I do If I don’t know how to play the hero? Here at AceGameGuides, we try to identify the very strong heroes but are hard to play, and we created a guide for them so you can learn more about them! It’s often not worth avoiding the best heroes if you haven’t played them before.

Taking the time to learn the strategies leads to better results in the long-term, making you a better player in every aspect. We are here for you, so if you have any questions about a specific hero, make sure to write them in the comment section, and we will get back to you!

We recently covered the early game in an in-depth guide by our battlegrounds writer Mewwy, which covers all aspects of the early game, including the heroes with unique early-game strategies. Here are some tips to help you get started right away.

1 – buy token minion if offered, and if not, buy the biggest Minion.

3 – Sell and buy the strongest units.

4 – Double buy the strongest minions, try and keep in mind any synergies that may exist with your hero or your current board.

6 – Double buy, double roll, or buy three minions (only if your options are strong enough)

7 – Level your tavern once more, roll, and buy a minion.

Adjusting to the patch 19.2 meta in Hearthstone Battlegrounds

The meta section of this guide is something we plan on updating each patch, so be sure to check back shortly after a new patch arrives.
The current meta in patch 19.2 is all about Powerleveling and reaching tavern five and six the fastest. This tip may sound very weird, but you have to try to realize how important it is.
We used to level on four, seven, nine, and ten or eleven gold. However, that doesn’t always work anymore.

This meta is all about getting to 5 as fast as you can and stabilize. Leveling with the old curve will usually get you to 5-6, and it is almost impossible to get top 3 with it at the higher MMR lobbies. If you are below that and want to dominate your games, read closely.

All that matters is tavern five or above.

There is nothing good anymore at taverns one to four, except for Demon and Mech builds. Most of the time, you want to power level to Tavern level five as fast as you can, take some damage, and dominate the game from there. Whether you level on eight gold depends on your board’s strength and your opponent’s expected strength.

At the beginning of this meta, I lost 800 MMR, and that was quite frustrating. Then I realized there must be something different here, something big. That thing is the fact that if you reach the nine gold turn, and you are not on tavern level five, you are already late to win the game. Since then, I changed my game style completely and got to Top forty EU players, so I’m doing something right here, and I hope you will do too.

Estimating the strength of your opponents & how to adjust to it.

Since this meta is all about power leveling, leveling at the right turns makes a huge difference.
If you face millhouse on his eight gold turn and he is on tavern level four, there is a 90% chance that he is weak, as he seemingly leveled two turns in a row and plays a board full of two-star minions at best. If you can, level up alongside him. At worst, you take a small amount of damage, and at best, you put yourself in an advantageous situation with stronger units in the shop.

The extreme situation here is Millhouse reaching tavern five on his nine-gold turn. When that happens, no matter what, raise your tavern. You are almost guaranteed to win the round, and you need to take advantage of the situation.

There are many more examples here, but since we don’t want to waste your time with boring examples, make sure you take a look at your opponent before the fight. Check if they won or lost their previous fights, check if they just leveled up, which helps you decide if you should level up or get stronger.

Many heroes are super strong / super weak at some point, and you want to learn those spots. I’m working on that very hard in our community and if you need some help with that, make sure you join us. There is a lot to learn about that.

Committing to a build – When to do it, what minions to look for.

To win, you have to have a scaling minion or a comp dictator minion.

A scaling minion is a unit you build around, and it makes your board significantly stronger. It makes you stronger every single turn, for example, Lightfang Enforcer.

Every meta has its scaling minions, but you are looking for the unit that you can say, “Ok, now I have a direction for my end game.”

It can be any of the following:

All of those are comp dictators, and when you have them, you know what your end comp you are trying to build.

Every meta, we have better comps than others; this is why it is so important to keep up with this guide and make sure you are learning the strongest tactics that exist.
For instance, Nomi, Kitchen Nightmare was an extremely powerful last meta and we created a guide to cover it up. Still, right now, Nomi, Kitchen Nightmare, and Elementals are not as good as Lightfang Enforcer, which is one of the strongest comp dictators out there in patch 19.2.

We are working on a full guide covering all the different end-game builds available in Battlegrounds, which we hope to publish soon.

I hope this guide will help you have a better understanding of the game.

I also want to take this opportunity to invite you to our Educational BG Community discord, with guides, tons of people to spectate and tutor you – all for free!
For more of Tenacity191, check educational streams on twitch and his youtube channel, where you can find more content about how to get better at hearthstone battlegrounds.

2 comments on “How to win at Hearthstone Battlegrounds”