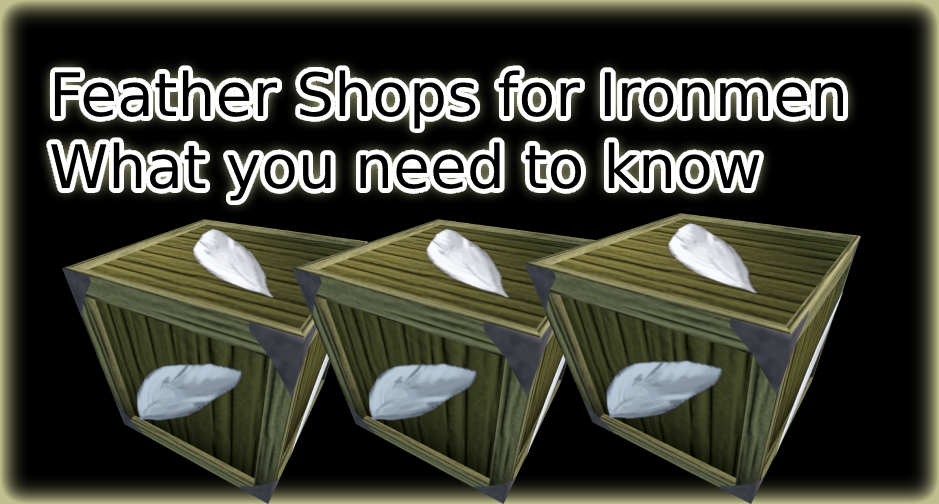 Feathers are one of the biggest bottle-necks for Ironmen looking to train their Fletching skill. The most common way to train the skill is through Broad Arrows, as it is one of the most cost-efficient and time-efficient methods available due to a large number of arrowheads you can obtain each day. Players need approximately 805,000 feathers, arrow shafts, and broad arrowheads to reach level 99 Fletching from the initial requirement of level 52.

The amount of Feathers obtainable for Ironmen is somewhere around 110,000 every 36 hours through Boxes of Feathers, with 12,000 more available through purchasing the Feathers directly from various stores. The Feather stores take 12 hours to replenish one Box of Feathers at a time, up to a maximum of five per shop.

The easiest to access locations for Ironmen Feather Boxes

The easiest locations to purchase Feathers include:

The reason many consider these the easiest places to access Feathers is due to these locations not having any quest requirements.

The bait shops in the following locations require one or more quests to access.

If we assume players can purchase 22 packs a day, it takes roughly twenty real-time days to purchase the required Feathers for 99 Fletching. The total cost is approximately ~six million GP or ~300k per day.

For more Runescape Content, take a look at our other recent stories including: