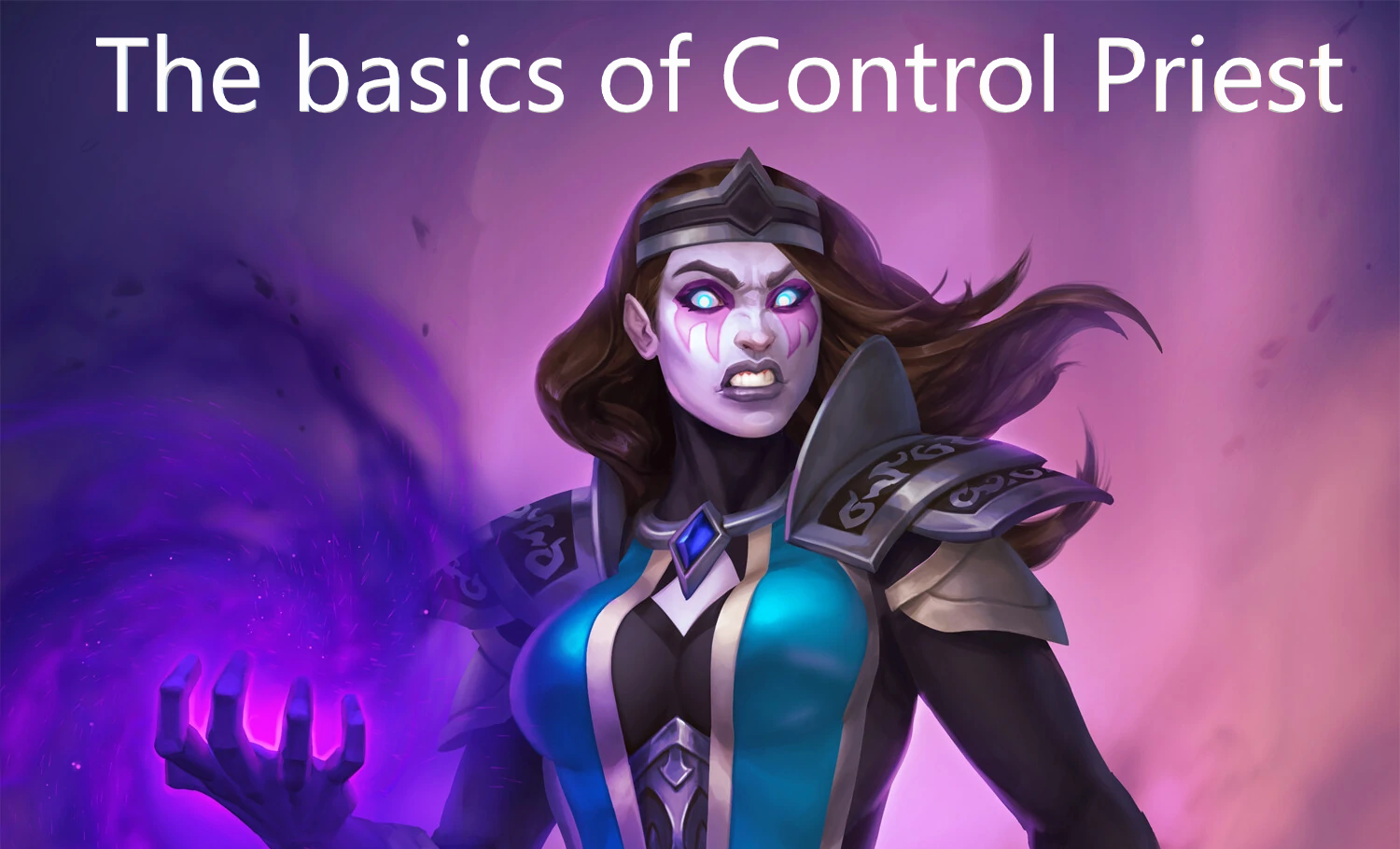 Since the recent nerfs to Mage and Paladin, a deck that is making a surprising comeback is Control Priest. While the deck is still struggling against both, it has quite good matchups against many other meta decks. Which version of the deck ends up performing best is not clear just yet, but let’s take a look at the version most popular on Hsreplay to get started.

The current builds of Control or Healing Priest shine in its matchups against the aggressive meta decks. Two of the best are the ever-popular Face Hunter and the popular Token Druid. Since the deck plays many healing and board removal sources, both of these decks struggle significantly against Control Priest.

One of the key things to learn about Control Priest is what your game plan is for your current match. There are two main paths you can take, which depend on your opponents’ strategy. The first is survival. Against the more aggressive opponents, all you care about is surviving. Using your resources less efficiently to preserve your health, and avoid the board getting out of control.

The second is what players refer to as playing for Value. In the more control or mid-range oriented matchups it is all about using your cards to the best of their ability. Use your resources carefully, and only when you really feel a benefit from them. The best example of this is Hysteria, which almost always has a use if you are behind on board. (Which, given you are playing Priest, you will be.)

Finding the right time to use it, however, is where the average ladder player and successful Priest players separate. Think about whether your opponent is likely to play more minions onto their board soon, or if they are likely to slow down on developing the board soon.

Your mulligan changes drastically depending on what you expect your opponent to play. Against the more aggressive opponents, cards like Hysteria and Holy Smite perform best, while you wouldn’t need them early on against controlling opponents. People make a common mistake by holding onto Insight in their mulligan stage, which across the board is one of the worst-performing cards in the deck.

Another mistake is overvaluing Mindrender Illucia in your mulligan. Yes, there are matchups you can’t go without the card, but it won’t be of any help against something like Paladin or Warlock, for example.