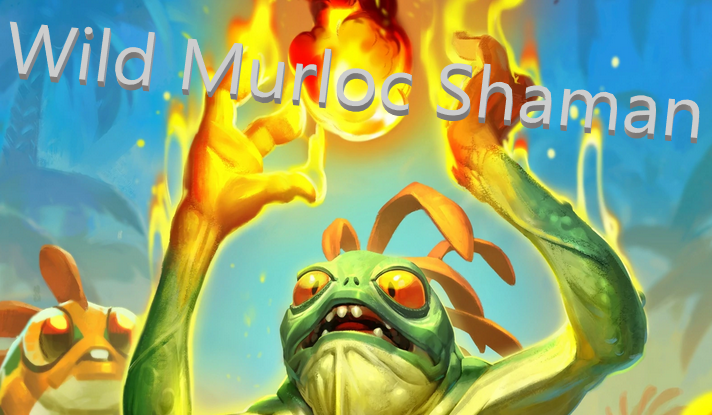 One of the most explosive Hearthstone decks in the Wild format is Murloc Shaman. We’ve all been there are some point where you feel just fine against your Murloc Shaman opponent, thinking, huh, that looks like a funny deck. Suddenly, their board is like 30+ attack and health out of thin air, and the game is over. This is for the people who are interested in trying this unique, hilarious archetype in the Wild format.

How to get started with Wild Murloc Shaman

The most important combo to understand for Murloc Shaman is the interaction between Firemancer Flurgl and Toxfin. By granting your Firemancer Flurgl poison through Toxfin, it removes all enemy minions at the end of every turn. Because of that, it shouldn’t come as a surprise that Firemancer Flurgl is the single best card to find in your mulligan, by a lot. This simple two-card interaction sometimes just ends the game if your opponent can’t find a way to deal with it without minions right away.

Other cards you are looking for in your mulligan are the obvious ones, your Murloc Tinyfins, your one-drops, and Underbelly Angler. However, there are also some cards that I see people hold onto, which don’t make sense with the aggressive game plan. For example, Ice Fishing is simply better later in the game since you don’t want to spend two of your important mana on drawing additional options. Another, similar to the Standard version of Murloc Shaman, is how often people overvalue South Coast Chieftain against non-aggressive opponents. It’s simply inconsistent and vulnerable early in the game.

Murloc Paladin (Standard)
Do you want to have your deck featured or work with AceGameGuides on creating strategic content? Email Arend@AceGameGuides.com, and we’ll talk! For more of AceGameGuides, be sure to join the new discord!