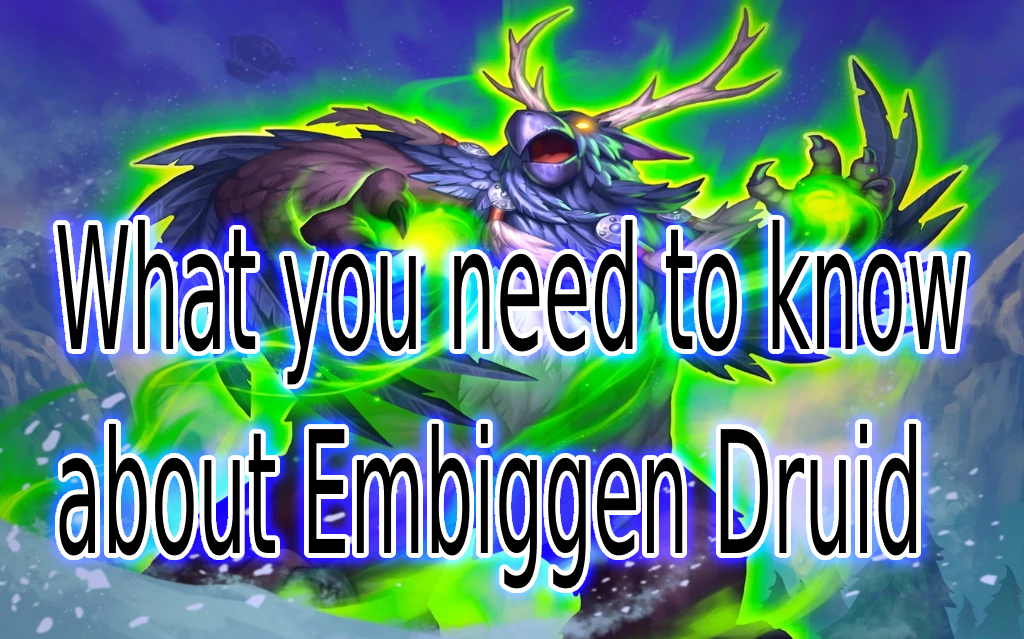 The Embiggen or “Aggro” Druid deck is one of the all-time most popular aggressive decks that Hearthstone has to offer. While it lost its strength for a while since Darkglare Warlock took over, it is making a return to the Wild meta. The deck is one of the cheapest Legend-viable decks available in the Wild format, using only two Epic cards in addition to Patches the Pirate, which is a staple across most Aggressive decks in the format.

Out of public view, Embiggen Druid went through a lot of change over the past year. The archetype lost many of its mana-cheating tools and explosiveness in its latest iterations. However, the new Embiggen Druid deck is more consistent than ever before. Embiggen Druid returns with a new focus on maintaining board control, rather than the old all-in or lose playstyle.

I wanted to share the list here by a wild player called “Gwen,” who piloted the deck to #1 Legend at the start of the season.

The basics of the aggressive Druid Archetype

The strategy for the aggressive Druid archetype is simple. Build the strongest board you can and don’t waste mana, then use your buffs as needed to push damage or protect your units from board clearing effects.

The simplest way to explain the mulligan is to hold onto any(most) early game units. However, a common mistake that people often make is that they overvalue how strong your “weak” pirates, such as Bloodsail Corsair & Southsea Deckhand, are if you don’t have access to an Embiggen to buff Patches the Pirate or to cheat out Parachute Brigand. If your hand isn’t already strong from the start, something worth considering is to get rid of these two one-cost Pirates to find an overall stronger starting hand if you need it to win one of your tougher matchups.

The most common situation you should consider that are against the Priest, Demon Hunter, and Warrior classes. When Hearthstone offers you two Embiggen’s in your starting hand, something else worth remembering is that you should keep BOTH! Embiggen is by far the best card out of your entire deck, and it physically hurts seeing people get rid of it.

A trick to get around a bad hand, if you kept two Embiggens, is to use only a single copy on your first turn or two to ensure you have a higher chance of spending all your mana throughout the game.