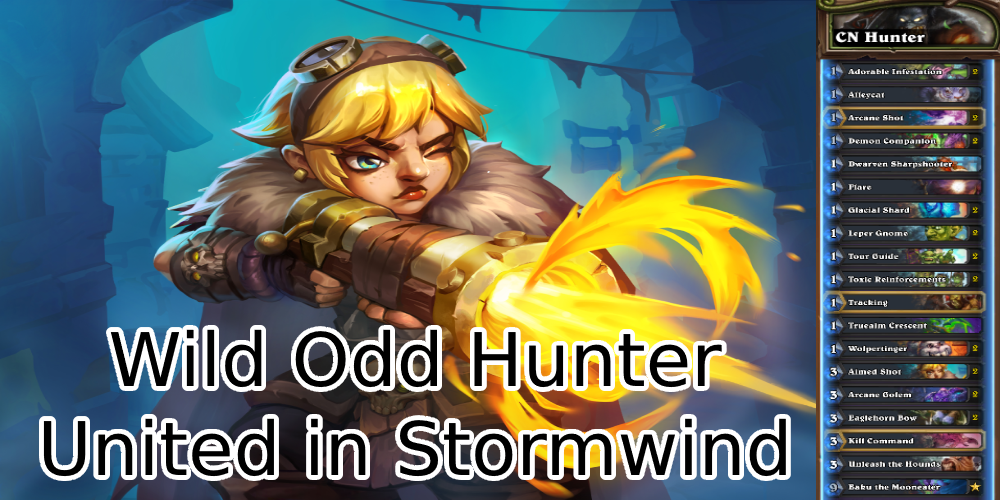 Despite the many nerfs, Warlock continues to dominate Hearthstone. The nerfs accomplished nothing, and it’s hard to argue the meta isn’t worse than before. However, the Chinese Hearthstone community is experimenting with no-Quest Odd Hunter as one of the archetypes to at least challenge Warlock in some of its games.

The non-quest build of Odd Hunter still includes most of the strong burst tools but includes more minions than the quest variant allowing the archetype to contest the early rounds better.

The No Quest Odd Hunter build first appeared on the Iyingdi forums, a popular video game discussion forum for the Chinese Hearthstone community. The user 永恒狩猎丨十三香 posted the list, alongside some advice on how to approach the deck. After some testing from the team, here is what you need to know.

The deck plays many one-off cards, which is more common on the Chinese server than what you might see on Europe or the Americas servers. Each targets a specific matchup or turn, so if something is less common on the day, the cards are worth replacing. A great example of that are Unleash the Hounds and Flare, which target very specific matchups. Flare primarily targets Paladin, Mage, and Rogue. Where Unleash the Hounds improve your chances against Warlock, Odd Paladin, and the new Shaman decks that are gaining popularity.

Your mulligan matters far more than with most decks. Your upgraded Hero Power allows you to use up your mana almost every round. However, in your first turn(s), you NEED a minion to play. While that Eaglehorn Bow looks great on paper, you don’t want to be in a situation where it goes anywhere but to your opponent’s face. As such, the card isn’t as impactful as usual, where contesting the board throughout the mid-game would be more of Hunter’s priority.

Leper Gnome is unsurprisingly the strongest one-drop in your deck since it hits the hardest and has the least utility later in the game. However, unlike people’s first expectations of Odd Hunter, cards like Tour Guide and your Dwarven Sharpshooter aren’t as impactful in the early game. The exception for Dwarven Sharpshooter is if you find it alongside Adorable Infestation, which increases the chances of Dwarven Sharpshooter sticking around for more than the round you play it.