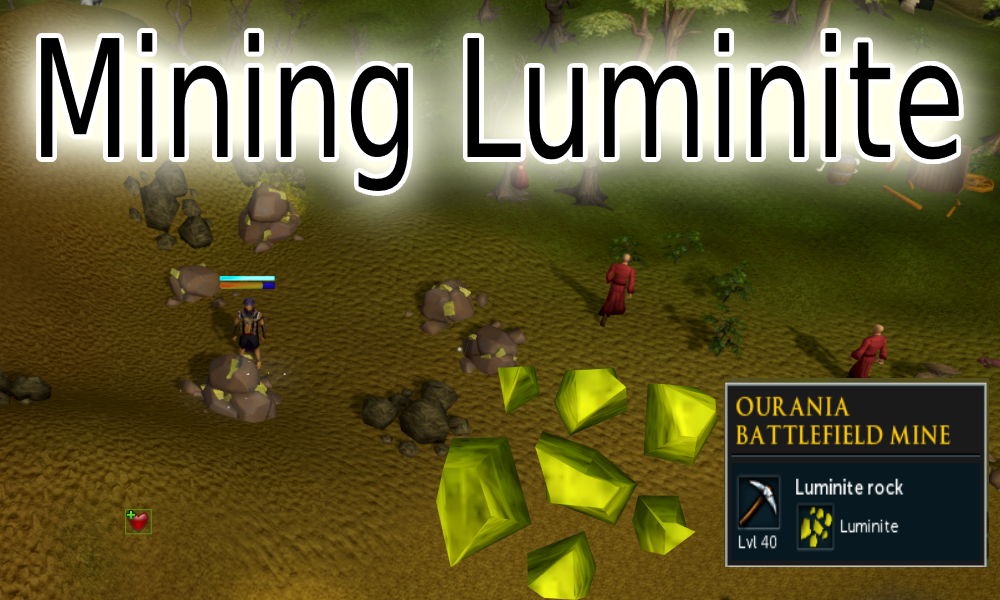 Mining Luminite is a vital part of playing Runescape for Free-to-Play players and Ironmen. The Luminite Ore is half of the required resources to create Adamant (T40) and Runite (T50) bars. There are several locations where you can mine Luminite Ore, each with its own restrictions and benefits.

The place to mine Luminite in Free-to-Play

Another downside of utilizing the Falador Dwarven Mine to mine Luminite is the nearby King Scorpion spawn, which is aggressive to players under combat level 79.

Mining at the Keldagrim Dwarven Mine

Accessing the mine requires completion of the Forgiveness of a Chaos Dwarf quest, which has several pre-quests and high skill requirements. At least level 10 Fishing, 61 Hunter, 61 Firemaking, 69 Strength, 30 Defence, 40 Mining, and 50 Smithing, 12 Crafting, 14 Thieving, and 33 Magic are the lowest possible requirements. These requirements lock out many players, besides late-game Ironmen, from utilizing the mine.

My favorite spot to mine Luminite Ore

One of the most underutilized mines is the Ourania Battlefield Mine. The mine, located southeast of Ardougne, and just north of the Observatory, includes five Luminite rocks. The rocks are close enough together not to be an issue, and accessing a bank is simple through using the Castle Wars teleport on the Ring of Duelling. Despite the easy access to a Bank, you should still utilize an Adamant or above Ore Box to extend your trip.