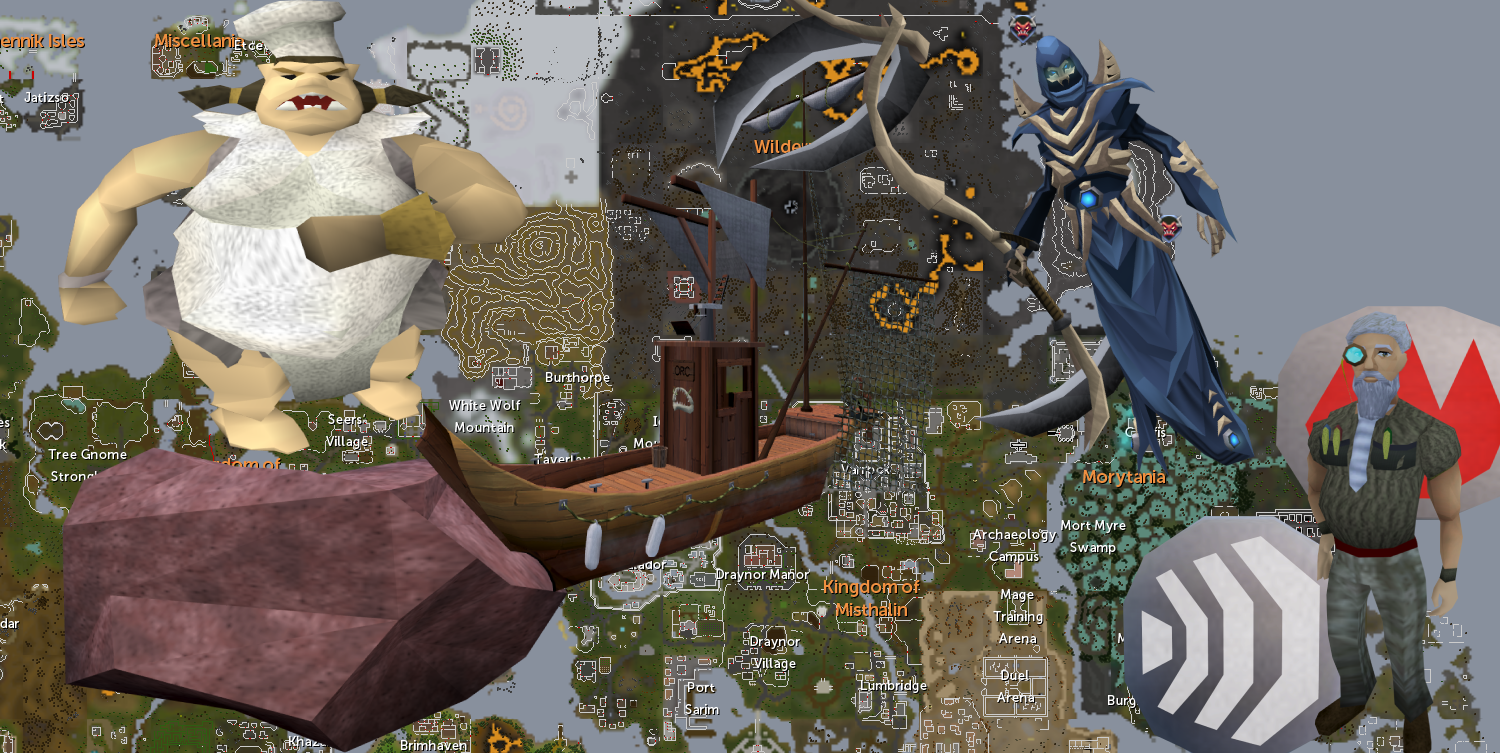 Daily activities are a massive part of playing Runscape3 nowadays. However, the number of tasks can be a bit overwhelming. Because of that, we compiled a list of five daily activities you should do to make money. Some of these tasks have quite high requirements, but if you aim to unlock them, you can get these unlocked within a week of playing from a fresh account.

Reaper Tasks are the most obvious choice if you only did one daily activity. Every 24 hours, you can visit Death in his home near the Draynor lodestone. The only requirement to starting Reaper Tasks is having combat level fifty or higher. For those unfamiliar with Reaper Tasks, they are tasks to fight bosses all across the world of Runescape. These can range from the simplest ones like Kalphite Queen, King Black Dragon, or the Barrows Brothers, all the way up to the end-game bosses like Araxxor or Telos.

Newer players often forget about the Wandering Merchant, but keeping track of its daily reset can be incredibly profitable. Most days, it brings players mini-game points or XP bonuses for various locations. However, several times a month, it brings along one or two “Gift of the Reaper” boxes at the cost of 1.25 million gold. Each of these boxes grants twenty Reaper Points or the equivalent of ~four million gold. Purchasing these is quite an investment, but it is incredibly worthwhile for the few minutes it takes to do every few days.

To find the Wandering Merchant easier, you can find the current world it is located through the Deep Sea Fishing discord.

One of the most Runescape’s most underrated is buying items from the Store to sell on the Grand Exchange. The two main activities worth doing daily are buying out the various Rune Stores around gielinor and buying the items out of the Fresh Meat Shop.

The various Rune Stores around the game have increasingly difficult requirements, but it can be done on a fresh level three account in the Varrock Rune Shop under the Varrock East bank. Other locations include Baba Yaga (after Lunar Diplomacy), the Magic Guild (after 66 Magic although this could be boosted easily at 63/61), Ali Morrisane in Al Kharid (requires The Feud Quest for increased stock), and last the Magic Store at the Void Knight Outpost accessible from Port Sarim.

The most profitable Runes to Purchase can be found on the Runescape Wiki. At the current prices, the most profitable options are buying Soul Runes, Fire Runes, and Air Runes from the Magic Guild, Baba Yaga on Lunar Isle, and Ali in Al Kharid for a profit of 1,100,000 GP in under five minutes.

Something many players forget about is the existence of the Fresh Meat Store. The Fresh Meat Store is in the town of Oo’Glog, after the completion of the As a First Resort quest. Purchasing the boxes in the store here generates a profit of over 450,000 GP in under a minute, including walking from the Lodestone.

This option is also incredibly important for Ironman players, as the raw meats available in this store are the best access to meats for the Player Owned farm and Summoning. The Raw Bird Meat from the Fresh Meat Store is the best way for Ironman to use their Gold Charms from level 52 onward. The pouches created here are a great source of materials for the Invention skill, later on granting many Flexible and Crafted parts used to create Invention Tools and Augmentors.

Mining the Red Sandstone & crafting Potion Flasks. (Outside the city of Oo’glog)

The last Daily task we wanted to discuss is mining Red Sandstone. The Red Sandstone task has by far the highest requirements, at 81 Mining and 89 Crafting (Crafting is only required to cash out, but you can start collecting sandstone at 81 mining). Collecting the daily limit of fifty Red Sandstone takes about a minute and is located just outside of Oo’Glog, just by the shortcut entrance to the city. A useful tip is to combine your Fresh Meat Store shopping with the Red Sandstone collection. Doing so grants you an additional 750k worth of Red Sandstone a day, which you can sell by crafting Potion Flasks worth approximately 14,000 gold each currently.

This article is part of our new Runescape expansion to AceGameGuides. Find more articles below!