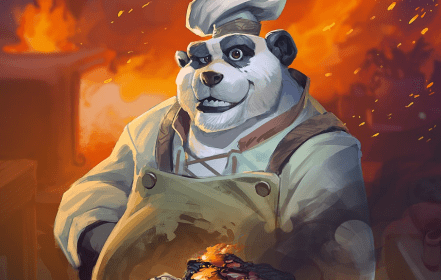 Many players comment on the Elemental tribe with things like “Elementals OP,” “They are so lucky just to get Nomi, Kitchen Nightmare,” or some reference in that realm. However, the Elemental tribe is far more complex than what people are willing to credit. While Nomi, Kitchen Nightmare, is a great strategy to close out a game in the first place, it also results in many fast losses for the inexperienced players.

The basics of the Elemental Tribe in Battlegrounds

We all know Nomi, Kitchen Nightmare, is a fantastic win condition. For quite some time, the Elemental Tribe reigned supreme on the Battlegrounds meta, leading to one or more of the top four players utilizing the tribe. It’s not uncommon to see the strongest players with an Elemental comp on turn seven, dealing tens of damage each round as they cruise their way to victory.

However, for every player reaching the top four with the tribe, many players are overcommitting to find Nomi, Kitchen Nightmare, and losing out of the gate. The overreliance on leveling early on and tripling into a tavern-five minion comes with huge risks you probably don’t realize at first. When these players inevitably miss a good tavern-five minion, they simply lose the game and end at eighth or ninth place.

Why Nomi, Kitchen Nightmare is a risk.

The main downside of Nomi, Kitchen Nightmare, is the fact it requires time to scale. When playing & finding the elementals to buff your future minions, you open yourself to a few heavy losses. It’s uncommon to remember what the players who died many turns ago played, but chances are they took a wrong risk with Nomi, Kitchen Nightmare.

Often when tripling into a tier-five minion, you get a choice between one or more playable options. Sometimes, alongside your favorite elemental lady Nomi, you get the choice between a Lightfang Enforcer or a Brann Bronzebeard. Both of these examples are situationally better than Nomi, Kitchen Nightmare for your chances of winning the game. Try and consider how much time you have and what it takes to secure a good place in this game. If you already struggled in the early stages, maybe finding more direct stats like those from Lightfang Enforcer is a better payoff tool.

Deciding to pick Nomi, Kitchen Nightmare, shouldn’t be easy. Even compared to some of the weaker options like Sneed’s old Shredder or Ironhide Direhorn, it’s worth considering.

The setup time for Elementals

In addition to Nomi, Kitchen Nightmare’s weak body, you usually slow down the strength of your upcoming turns. Since you often have to buy every Elemental tribe minion you see, you don’t get to pick for stats, buffs, or other synergies within your current composition. Try and account for three turns to properly set up elementals for success. Do you have that much time? Can you afford to take two or more hits from the stronger heroes?

Another consideration is whether there is someone who already left the game or died before you did. It’s quite common to find a player who leaves a lobby early on for whatever reason, so accounting for the “Ghost,” as the community often refers to it, needs consideration. In general, the bottom three players based on current health get the chance to face the “Ghost” board, often granting a free development round for Elementals.

On top of that, by picking Nomi, you “usually” will buy every elemental you see; it means not only you picked a 4/4, but you are also going to buy medium to small elementals (if those are the ones bobs gives you). You are not getting much stronger with that.

When you get the chance to triple into a tavern-five minion, ask yourself the following questions:

Another thing worth considering is how far along you are in the game. Past ten gold, the value of Nomi, Kitchen Nightmare drastically falls off. The reason for that is the length of the game remaining after that point. Since he scales with time, having the number of total rounds remaining cut in half makes a drastic difference in his chances of winning.

I got myself a Nomi, Kitchen Nightmare, & passed the checklist now; how do I win?

Your priority should be to stabilize your board state. The need to stabilize is especially important if you find yourself with a turn eight Nomi, Kitchen Nightmare. After that, you can start scaling your Elementals. Be on the lookout for some Crackling Cyclones, as they are the strongest single elemental minions you’ll have access to throughout the game. In addition to that, Crackling Cyclone synergizes perfectly with Majordomo Executus later in the game.

Keep in mind that the longer you are in the game, the stronger you get. One way to apply that is to not upgrade your Tavern to five until later in the game. Each elemental you buy, you improve your situation for each round onwards— the slightly better minions the tavern tier five minion pool accesses don’t make up for that effect.

The importance of tripling up with Nomi, Kitchen Nightmare.

Most heroes & compositions don’t gain *that* much from tripling an average minion on their board. Sure, you get a chance at a good minion from the tavern above and some additional stats, but that is about it. In Battlegrounds, when combining minions, they retain any buffs on any of the three minions.

Nomi is a way to go from a good game and turn it into a win. As much as Nomi, Kitchen Nightmare seems like an easy take and easy win, a lot of the time, it gets you killed. Maybe it is obvious for some of you, but since we always see big elementals killing everyone else, we tend to think that it’s so easy to get there. However, to secure the win, you need to be very calculated about your steps.

I hope this guide will help you better understand Nomi, Kitchen Nightmare, and the Elemental Tribe. Try and think a little bit before blindly picking her up! I also want to take this opportunity to invite you to our Educational BG Community discord, with guides, tons of people to spectate and tutor you – all for free!

For a guided game of Nomi with a lot of hard decisions, take a look here covering Elementals on Twitch!

Please let me know if you found this guide helpful, and I hope to hear from you soon!