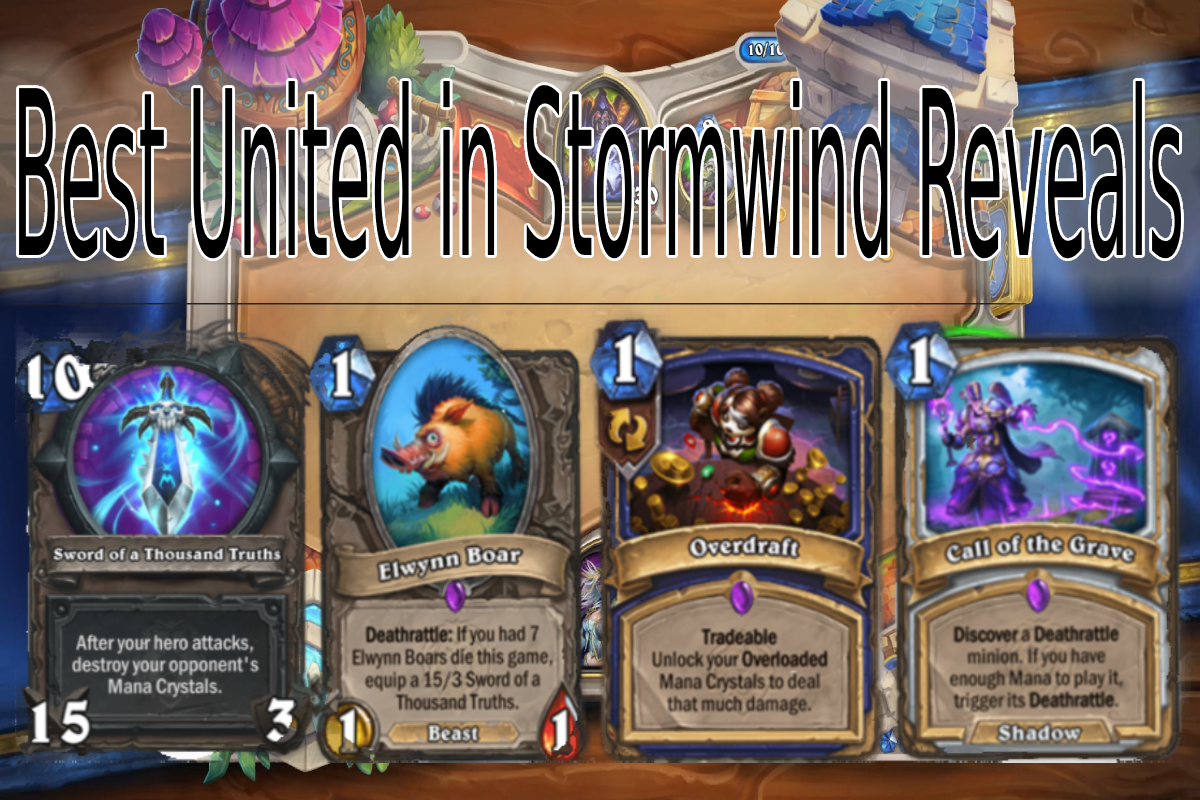 With every Hearthstone Expansion reveal, one of the most fun aspects is the wildly differing opinions on just about every card. Looking back, everyone couldn’t be more wrong with the predictions they make, and it’s a blast every time. Here are my three favorite cards of the expansion so far.

Easily the strongest card, in my opinion, is the new Shaman card Overdraft. While Shaman is still among the weakest classes, primarily due to how weak the Overload mechanic is, cards like these make the mechanic a lot better.

The best comparison of Overdraft is the old card Lava Shock, some of you might remember. Lava Shock is a two-Mana “Unlock your Overloaded Mana Crystals” spell that deals a flat two damage. During Shaman’s prime, back in the days of Tunnel Trogg and the Burst Shaman archetype, the Lava Shock card was among the best in the entire deck.

Now, Overdraft is a one-Mana version of that. It also deals (in most cases) more damage, at half the cost, and with the Tradeable keyword, which allows you to replace the card with a random draw from your deck if Overdraft isn’t what you do need in the situation.

The only question regarding Overdraft’s actual strength is how good Shaman ends up being. If Shaman becomes strong in the Standard or Wild format in the United in Stormwind Expansion, Overdraft is a large part of its success. However, it is hard to predict whether Overdraft is enough on its own.

As for Call of the Grave itself, it’s just another one-Mana spell that Priest is happy to include if enough helpful Deathrattles exist in the meta. It’s cheap, flexible, and potentially quite useful.

Why Elwynn Boar has the best backstory of any Hearthstone card

Elwynn Boar and its reward, Sword of a Thousand Truths, might not quite be the best cards in the game. However, Elwynn Boar largely finds its success through its backstory. The Elwynn Boar and the Sword of a Thousand Truths references a 2006 episode of the popular TV show South Park. In the episode, “Make Love, Not Warcraft,” Cartman and his friends take on a cheater in the game World of Warcraft.

They grind for thousands of hours on the NPC, the Elwynn Boar, the lowest level minions available in World of Warcraft, to obtain the legendary Sword of a Thousand Truths.

Coincidentally the upcoming Hearthstone expansion releases (almost ~1/2 months off) fifteen years after the first airing of the Make Love, Not Warcraft episode.

What cards are you most excited about trying out from the United in Stormwind expansion so far?

Let us know on Twitter, or join us on Discord and join the conversation!

Be sure to read all about our latest coverage, including Lord Xav’s guide to Luna’s Pocket Galaxy Mage, and why people buy Burnt Meat in Runescape3.