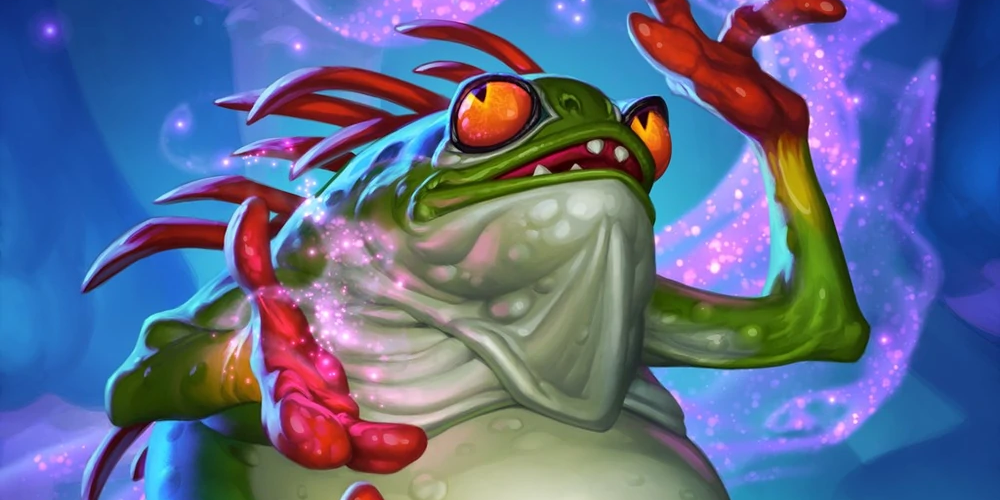 It’s almost unbelievable, but Fungalmancer Flurgl is my best hero in this meta, with an average of about 3.5 in 20 games.  The former worst hero of the game is now amongst one of the best. Fungalmancer Flurgl’s hero power allows you to sell any minion to create a Murloc in Bob’s shop. However, that wasn’t the only thing that gave Fungalmancer Flurgl a big buff, as the Minion update introduced units like Saltscale Honcho and Swolefine. In addition, the removal of Murloc Tidecaller was a large benefit to the Murloc hero. However, many people are still not sure how to play Flurgl Fungalmaster, which is why I got this guide here for all of you today.

The buffs to your minion’s health from Saltscale Honcho synergize well with the buffs and battlecries of other minions like Coldlight Seer, Felfin Navigator, and King Bagurgle. Remember, Murlocs revolve around their battlecries and poison. The strength of Poison is largely affected by the Health of your units, as they need to take multiple attacks to get the most out of your Poison effects. Once you have SI: Sefin, you no longer need to worry about your attack and just have to make sure your Murlocs get enough health to deal against special abilities like Divine Shield and Cleave.

While I normally choose Fungalmancer Flurgl in almost any situation, there is one tribe besides Murlocs that aid him and one that makes me second guess my decision. Elementals are a great pair with Murlocs as cards like Sellemental, and Tavern Tempest create flexible purchases since they create two minions to sell. In addition, Elemental builds get destroyed by Murlocs since their large amounts of health mean nothing to your Murloc’s Poison.

However, the Mech Tribe can cause issues as they have Divine Shields and Deathrattles that can disrupt your game plan. The midgame of the Mech Tribe is also very potent, which allows them to hold you down while you are trying to grow your Warband.

Remember, Murlocs have two builds—one revolving around Brann Bronzebeard and another you pursue when you don’t find Brann Bronzebeard on time. The first one is simple. Triple for a tier Five and pray that it’s Brann Bronzebeard. If you get him, then start recycling Murlocs to get as many battlecries as possible. Focus on ones that give AoE buffs like Coldlight Seer, King Bagurgle, Primalfin, and Felfin Navigator. Swolefin is also really powerful and can be huge without buffs. The other build is a backup plan and revolves more around SI: Sefin. If you can get poison on all of your minions, but don’t have Brann, then your alternative is to get a Golden Selfless Hero and round it out with Baron Rivendare. You will still be able to defeat builds with high stats like Demons, Elementals, and other Murloc builds, but you lack the capabilities to handle builds with Divine Shield or Deathrattle’s.

There are two curves for Flurgl; one involves getting Saltscale Honcho and the other praying for a Brann Bronzebeard high roll.

Standard Curve:
The Standard Curve is the safer route and chosen as it has the highest chance to keep your health up and find Saltscale Honcho. The Standard Curve works especially well if you do not start the game with a token generator in turns one or see one at turn two.

While there are always exceptions, we are trying to take advantage of our gold, our minions, and the value we can get from them. Try to make your best judgment.

This one is incredibly risky and is begging for a high roll, or it may fall flat on its face. Of course, there are alternative routes to this curve, and I will lay those out at the end summary.

Fungalmancer Flurgl, like Ysera, is strong due to his consistency. His biggest weakness is properly finding the Murlcos but Saltscale Honcho helps that out a lot since any Murlocs is still a buff. There is one major weakness with Flurgl, and that is the easy accessibility of poison for your opponents. Your opponents could have a board full of poison, especially with Beasts available. If you notice your opponents are doing this, be sure to stop buffing your minion’s stats and focus more on ways around the poison. Self-less Hero with Baron Rivendare, death rattle minions like Ghastcoiler combined with Reanimating Rattler, or Maexxna with Reanimating Rattler could help you too. Do not pigeonhole yourself into a Murloc mindset. You have to find ways to beat your opponent, even if it goes against the standard game plan. Thanks for reading, everyone, and I hope to see you all climb soon!

For more of Mewwy’s Battlegrounds content, follow on Twitch, Twitter, or join our discord! Also be sure to read Mewwy’s latest guides covering Diablo, Lord of Terror, and Sneed!