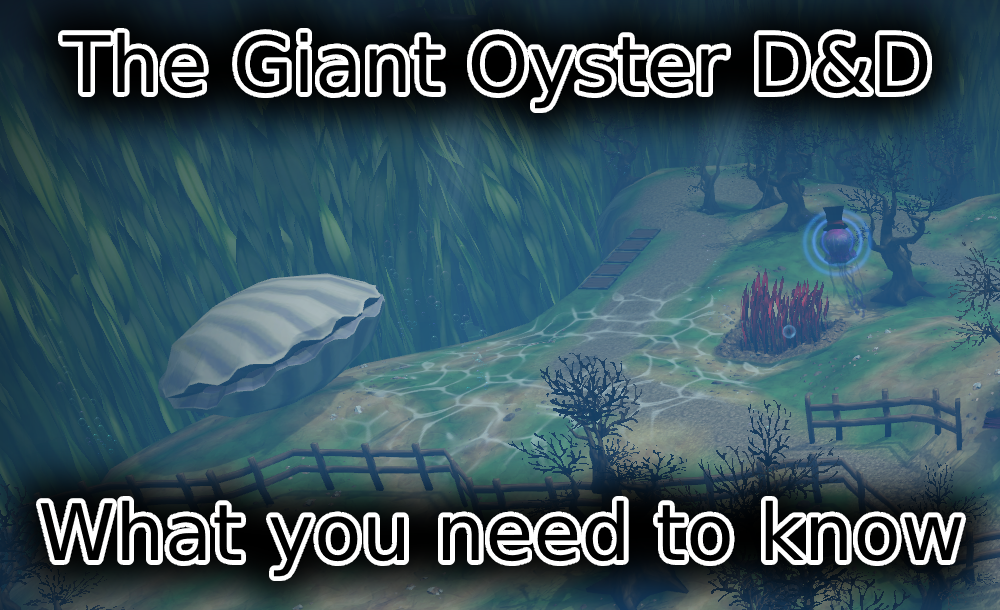 Players who have completed the Beneath Cursed Tides quest can return to the underwater Tutorial Island to participate in the Giant Oyster D&D. Once a month, the Giant Oyster opens, and players can collect the reward equivalent to a clue scroll, commonly worth a million or more GP. In addition, the Giant Oyster can drop all of the weapon & armor dyes, which are worth up to a potential six billion GP.

How to return to the underwater Tutorial Island

Easy ways to reach the Wizards Tower include using a Necklace of Passage, teleporting to the Fairy Ring (d i s), or walking from the Lumbridge or Draynor Village lodestone.

To start the Giant Oysters process of creating clue rewards, players need to feed it a Sea Cucumber and a Delicious Seaweed. The process is similar to how it worked during the Quest. Pick the Seaweed patch for the Delicious Seaweed, which gains a significant number of experience that scales with your current Farming level. Where the Sea Cucumber is obtainable through the Fishing location, just north of the Giant Oyster. You won’t need any bait to fish at the location, and the rods on your Toolbelt work for the minigame.

How often can you participate in the D&D?

Players can participate in the Giant Oyster minigame once per calendar month. If you wanted, you can start your first Giant Oyster on the 30th of a month and return the following day (or two days after) to collect your reward and to start a new cycle.

Non-Ironman players can utilize a Monthly D&D Reset token from Treasure Hunter to participate twice each month in the minigame. As of now, the Giant Oyster is the best accessible monthly D&D to make money, so completing the Beneath Cursed Tides helps players at any stage in their journey.