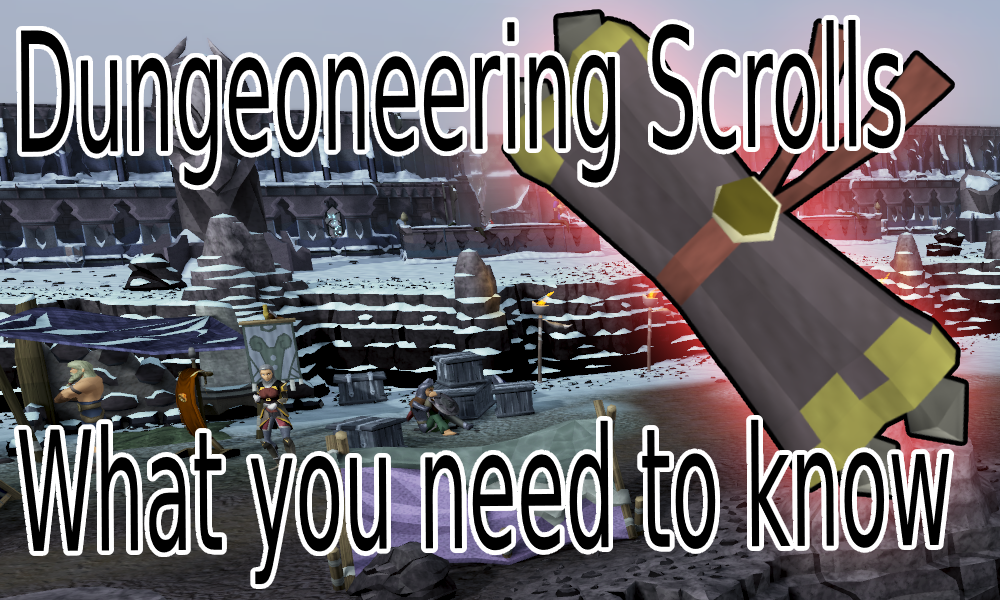 It is no surprise that the Dungeoneering skill provides many of the most important upgrades out of any skill in Runescape3. Understanding what all the rewards do, how you obtain them, and the best rewards of each type are a lot to comprehend. This article delves into the various assistance scrolls players can purchase through Dungeoneering Reward Tokens at the Dungeoneering Reward Trader. You can find the Rewards Trader near the teleport location of the Ring of Kinship or near where players first reach the Dungeoneering island through the Boats at Taverley or Lumbridge.

Four scrolls stand out above almost any other reward in the Dungeoneering Reward Store for players looking to train their skills. Each of the four scrolls, Cleansing, Dexterity, Efficiency, and Proficiency, costs 20,000 Reward Tokens and is only available for purchase once. These scrolls each provide a benefit to an artisan skill. For example, the Scroll of Cleansing for Herblore provides a 10% chance of saving the secondary ingredient when making any type of Herblore potion.

The construction Scroll of Proficiency, the Smithing Scroll of Efficiency, and the Crafting Scroll of Dexterity each provide a similar effect for their respective skill. However, their effects become less common at the higher tier materials.

Each of the skilling assistance scrolls has both a Dungeoneering requirement alongside an initial skill requirement. The Crafting & Construction scrolls require 60 Dungeoneering alongside 60 in the skill. The Herblore scroll and Smithing scrolls only require level 49 (Herblore) and level 55 (Smithing) alongside the same level in the Dungeoneering skill.

The Scroll of Life

Besides the skill assistance scrolls, players can purchase two more scrolls in the Dungeoneering reward shop. These two are the Scroll of Quick Teleportation and the Scroll of Gathering.