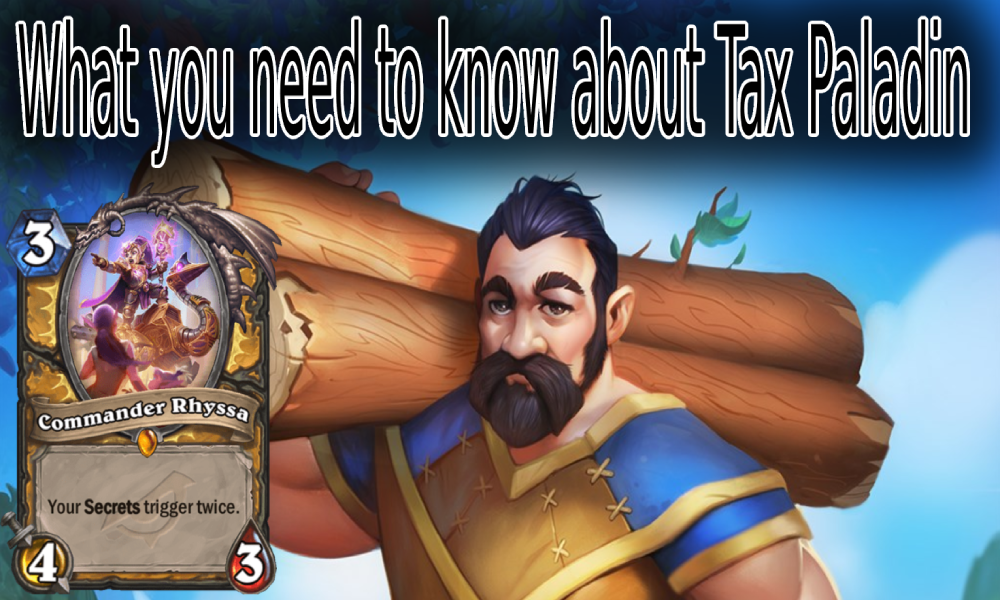 As players continue to explore the United in Stormwind Hearthstone expansion, new challengers are rising to the top. One such deck, Tax Paladin, is climbing the ranks. Earlier today, the Chinese Hearthstone player 凛冬将至丨一方 achieved rank one legend with an impressive eleven game winning spree according to Lovelyduke, a popular Wild Hearthstone community member. After some testing of the team today, the deck is legit. Here is what you need to know to pilot the Tax Paladin deck against the oppressive Darkglare Quest Warlock and Mage players.

The list 凛冬将至丨一方 piloted to the impressive result includes several cards you might not expect in the traditional Tax Paladin deck. While the new Tax Paladin list only includes one new card from the United in Stormwind expansion, the build is different from many we have seen before. The new card, Noble Mount, helps protect your board by providing Divine Shield and increases the difficulty for your opponents to remove your board fully.

The new core of Tax Paladin focuses much more on secrets than past versions, especially since the nerf to Sword of the Fallen. Unlike what you may expect, your secrets are more helpful even if you have to play them from your hand than in many past versions of Secret or Tax Paladin. There are several factors for the extra use, including the Rise of Shadows card Commander Rhyssa, which allows your secrets to trigger twice. And the importance of Crossroads Gossiper to the deck, as that is one of your main threat units.

A simple mulligan for Tax Paladin

The mulligan for Tax Paladin is still similar to past versions of the deck, even those before the nerf to Sword of the Fallen. In most matchups, keeping secrets for the first turn is just not worthwhile. Instead, look for strong turn-two options like Far Watch Post or Nerub’ar Weblord. Other tools like Sword of the Fallen still perform well since they allow you to get started on your secrets, and you reduce the chances ever so slightly of drawing into them every turn from here on out.

What about Call to Arms or Rally!

A card like Call of Arms works well whenever you have different minions to go alongside it to play in your earlier turns. When going second in your Hearthstone game, Call of Arms becomes even more potent as a way to contest the board a turn earlier against both Control and Aggressive opponents. Similarly, Rally! is a card you prefer drawing into later in the game. However, Rally! can be worth holding onto alongside Call to Arms or a series of strong minions with the right starting hand. That is especially relevant against other board-centric decks like Warlock or Pirate Warrior.