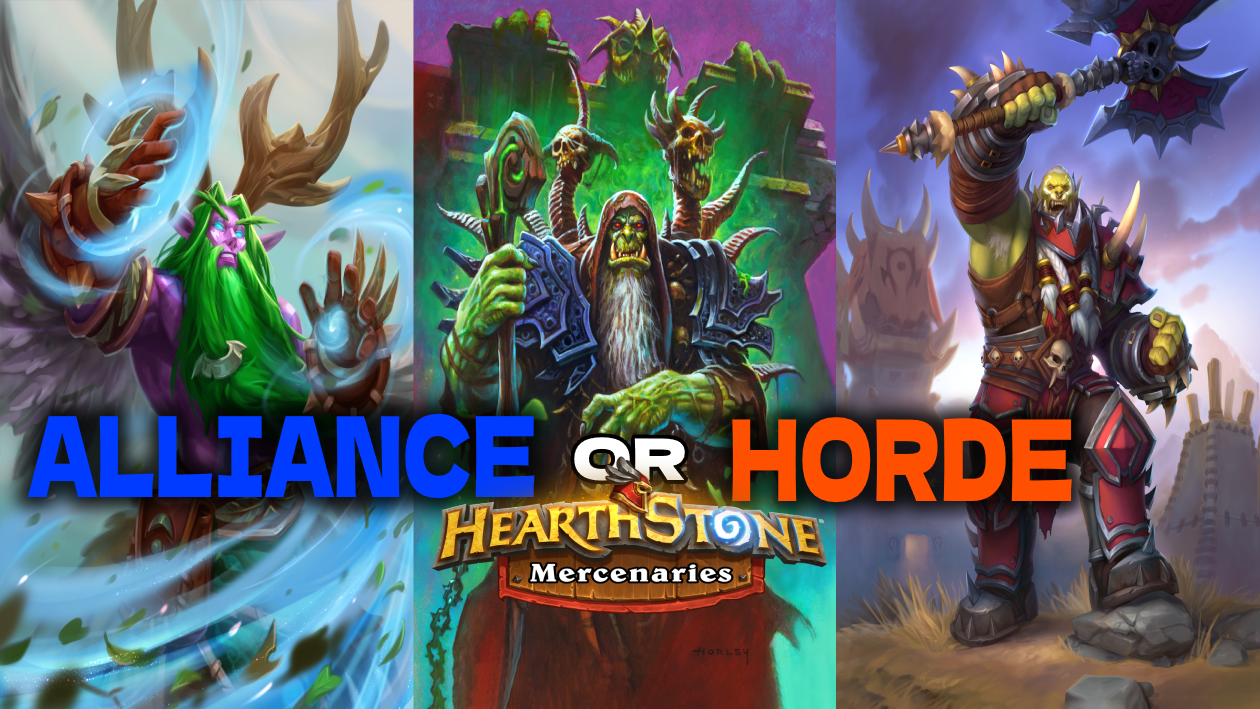 About a week since the initial release of Hearthstone Mercenaries, there is a lot we still don’t know. As players climb the leaderboards and take on the last PvM boss fights, certain aspects of Mercenaries confuse even the most experienced in World of Warcraft lore. During the PvM stage, certain buffs affect only Horde or Alliance members of your and the opposing teams. However, at this time, there is nothing in-game to identify which characters are on which side.

While we have confirmation from Blizzard that the development team discussed some kind of in-game identifier, there are no confirmed plans of when, or if, a badge of some kind ever gets added to Mercenaries. The split of Horde vs. the Alliance roughly breaks down to “the bad guys” and the “good guys,” as confirmed by Systems & Initial Designer for Hearthstone “Celestalon.”

The Tribes making up the Horde in Mercenaries

The Horde consists of the Troll, Orc, Tauren, Blood Elf, and Undead tribes. The Lich King, despite being part of the “Human” tribe, is part of the Horde in Mercenaries.

The Alliance includes the tribes of Humans, Dwarfs, Night Elfs, Gnomes, and the Draenei.

The tribes and Mercenaries without allegiance to the Horde or Alliance

However, some key mercenaries and tribes aren’t a part of the Horde vs. the Alliance lore. Notable tribes like Beasts, Dragons, Murlocs, Demons, and Elementals are left out entirely. In addition, Gruul, the only Mercenary currently without any tribe, also is not part of the Horde or Alliance group.

Just to state it again, the tribe rules are only a guideline the developers follow. Lich King may be the first exception of the Tribe rule, but it likely won’t be the last if the Alliance vs. Horde lore continues in Hearthstone Mercenaries.

For more of our recent stories, be sure to read all about Battlegrounds’ most powerful hero, Ysera. Or read all about Runescape’s new Halloween event. If Wild and Standard Hearthstone are more your style, be sure to find all the latest decks in the new Datadecks!