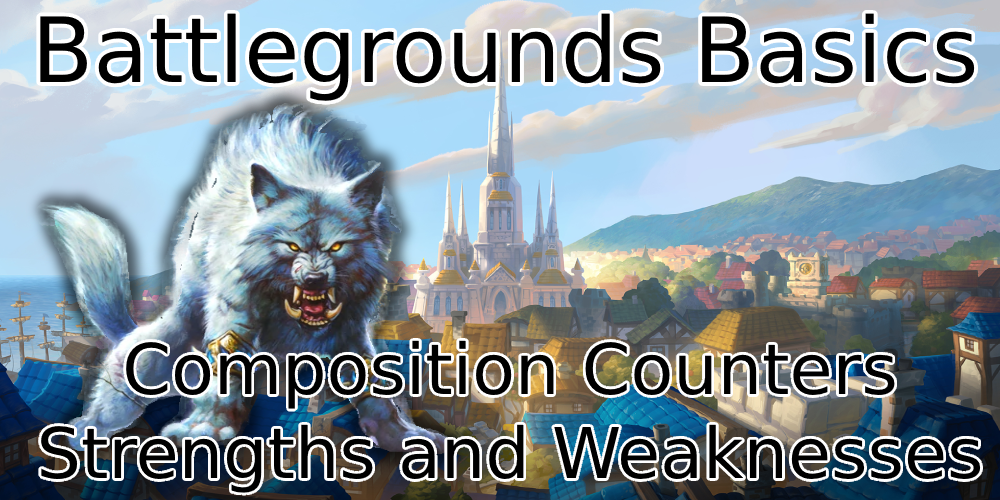 Learning the strengths and weaknesses of each Tribe and Warband in Battlegrounds is vital to success. Each tribe has one or more strategies they excel at, each with its own weaknesses you can exploit or that others can attempt to use to exploit you.

Murloc largely excels at two things. They create minions with a lot of health and the Poison Keyword. The Poison Keyword allows units to kill any unit they damage, regardless of their attack stat. Common ways to counter Murlocs include using your own Poison minions, Divine Shields, or Deathrattles that generate additional targets.

In particular, Divine Shields is a great counter to Murlocs in the mid to late-game stages. As the Murloc Warband likely won’t have a full set of Poisoned Murlocs until the final rounds.

The Beast Tribe has a clear weakness with both of its primary compositions. To succeed, the Beast Tribe requires Baron Rivendare or Mama Bear. Both these units are extremely vulnerable and are great targets for the T6 unit Zapp Slywick, which targets the lowest attack minion of your opponent’s Warband. If you take these out before the Battle starts, the round is effectively over on the spot.

The two Beast Builds also have an additional weakness. The “Bird Beast” Warband, which includes Monstrous Macaw and Goldrinn, the Great Wolf, is weak to the Poison Keyword as it relies on stats to win rounds. The other Beast build, which focuses more on Deathrattles, loses to the Cleave Keyword from Mechs and Beasts (and to some degree Elementals with Wildfire Elemental).

Mechs thrive through the combination of high attack and Divine Shields at the cost of lower life totals. As such, the common counter is Unstable Ghoul, which deals one damage to all minions on the Battlefield when it dies. That makes for a nice and simple way to remove the Mech players’ shields, allowing you to pick up an easy victory. Another card worth remembering is Zapp Slywick. Like Beasts, the Deathrattle Mech composition heavily relies on Baron Rivendare, and taking him out early significantly improves your chances of winning.

The Demons Tribe has two distinct playstyles, each with its strengths and weaknesses. The primary build, which starts with Wrath Weaver, relies much more on large minions that continue to grow throughout the game. Similar to Murlocs, these are easy to counter through the use of Poison.

The other playstyle for the Demon Tribe relies on the card Soul Juggler, alongside Demons, Taunts, and Deathrattles. The Soul Juggler Build struggles more against deathrattles, cleaves, Zapp Slywick, and minions with large health numbers like Elementals. The reason for that is that the total damage the Soul Juggler build accesses isn’t nearly as high as some other warbands.

The Dragon Tribe only has one real Warband, which builds large units through Kalecgos. As with most “large unit” compositions, the tribe has an initial weakness to Poison. However, the Dragons Tribe has access to Nadina the Red, a unit with a deathrattle that grants each Dragon on your Warband Divine Shield. Unstable Ghoul still counters the Warband to some degree, but timing is everything. If you time your Ghoul wrong, the game might just end right there.

The Pirate Tribe, similar to Demons, has two distinct playstyles. The first category is large Pirates with Cap’n Hoggarr and the like, which has a similar weakness to many other Warbands, Poison.

The second playstyle, the “Exodia” or Scallywag Eliza build, loses to some completely different things, some you might not expect. The main ones, Cleave and Zapp Slywick, speak for themselves, as Baron Rivendare is a part of the composition. However, the Exodia build also loses to units (preferably with Taunt) with an Attack stat of three or less. If the composition can’t kill the token generated by Scallywag, the board fills up too fast, resulting in a major loss of stats.

The Elemental and Quilboar Tribes are one of the least interesting to counter. The tribes rely on large stats, with the rare inclusions of Divine Shield through Crackling Cyclone, Bristleback Knight, Tough Tusk, or Selfless Hero. Your go-to answer is to include Poison if you can’t out-scale their Warband.

The Taunt compositions have several different weaknesses, as they don’t benefit from the same protections through Taunt only being on one or two targets. Since the Taunt Warbands can’t position their minions to avoid the impact, a Big Cleave can absolutely crush any Taunt Warband. Poison works as you might expect, although it’s worth being careful of their possible Divine Shields if Mechs are an available tribe.

There are so many combinations of minions they can do, so it is hard to say. Please read the previous counters and see if those can apply to your situation with your opponent’s menagerie build.

For more of My Battlegrounds content, follow on Twitch, Twitter, or join our discord! Looking to learn more about Battlegrounds’ strategy? Why not read our latest strategy article covering the basics of Battlegrounds’ Tribes & Minion Keywords, The importance of buying the right minions, and the Turn-one minions.