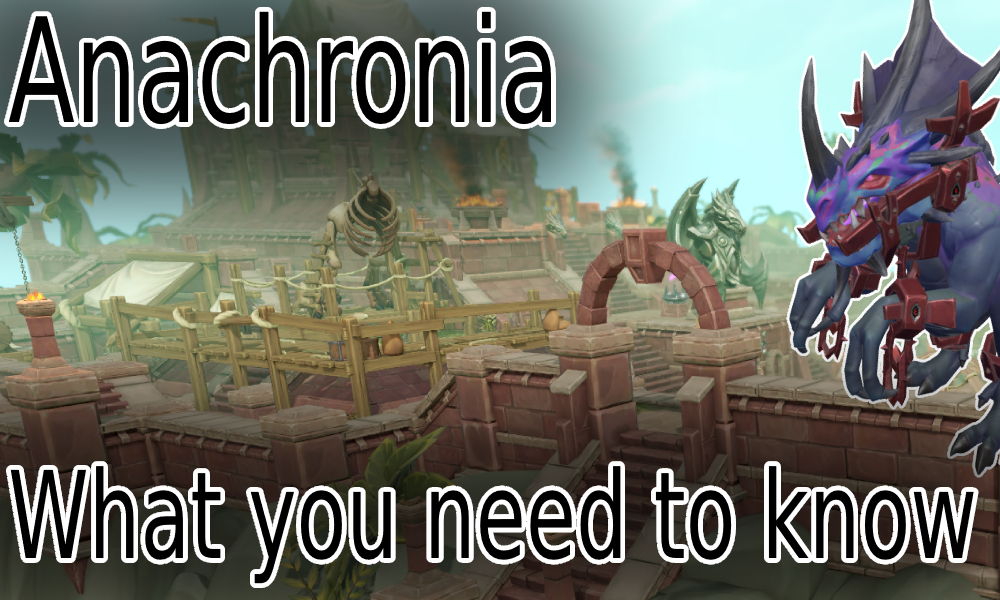 One of the most important areas of Runescape is the island of Anachronia. Visiting Anachronia should be your first priority on any Member’s account due to the real-time gated content located all across the area. Newer players commonly forget the Island of Anachronia since the way to access it isn’t as clear as you would expect.

How to reach the Island of Anachronia in Runescape3

There are no requirements to boarding The Stormbreaker, besides the area being a members-only zone. As such, you should prioritize visiting the Island of Anachronia as soon as you step foot on a member’s world.

Why would you want to explore the Island of Anachronia so soon?

Anytime I recommend my friends who first start out playing Runescape to visit the island right away, the common question is, “Why would I want to”? While most of the Island of Anachronia base camp benefits aren’t important until much later, completing the gathering of all resources takes several months of real-world time to complete. All the material gathering happens through workers you assign in a resource-management style mini-game. To access the mini-game, simply continue the tutorial when you first access the Island after boarding the Stormbreaker.

The rewards and benefits of the Island of Anachronia

Anachronia holds many of the best training methods available anywhere in Runescape3. Just some examples include the best Agility training course for experience & income. Several of the best Hunter training areas, including Big Game Hunter and Mutated Jadinkos. Many high-level slayer monsters, including the Rex Matriarch and Raskha, Shadow Colossus bosses. And in addition, it holds several quests, clue locations, global benefits for skills, including Hunter, Agility, Slayer, and the Archeology Skill.