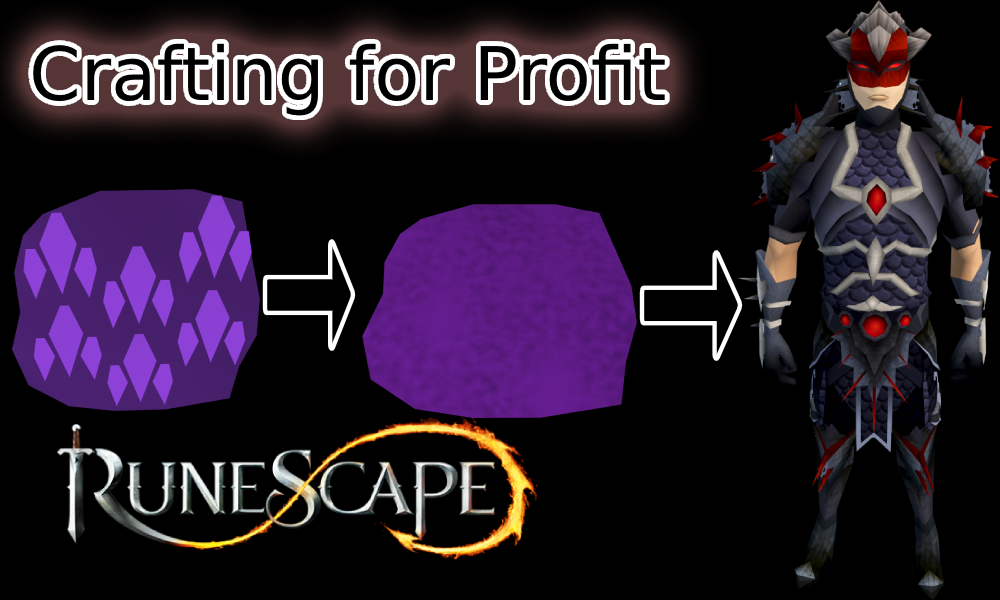 With the release of the Kerapac, the Unbound boss in the new Godwars Dungeon expansion, many materials saw a significant price decrease. A common drop, the Royal Dragonhide is among the most interesting opportunities for many players. The primary method has a minimum requirement of level 87 (boostable from as low as 79 for Vambraces/boots), or (85/93) for Bodies which are optimal, crafting to train the skill. However, a similar money-making method is available to all players by tanning the Royal Dragonhides to Royal Dragonhide Leathers.

How to profit from creating Royal Dragonhide armor

Aside from cutting Gems, making Royal Dragonhide armor is among the best training methods for the Crafting Skill in Runescape3. With the new Kerapac boss, thousands, if not millions of Royal Dragonhide materials enter the game every day, and the demand can’t keep up with the supply. Since the release only a few days ago, the price of Royal Dragonhide dropped from ~4000 GP to under 2600 GP. As with many crafting items, the Royal Dragonhide hides have a “minimum” value of 3720 to 4150 GP each due to the value of using the High Alchemy spell on the finished armor.

The opportunity here comes primarily through creating the Royal Dragonhide Bodies. When using Alchemy on the bodies (or using an Alchemy Machine), creating Royal Dragonhide Bodies results in a profit of (at least) 5000 GP. That profit does not include any other boosts or cost reductions like a Portable Crafter or the Scroll of Dexterity, both of which reduce the number of Royal Dragon Leather you use.

Why you should tan Royal Dragon Leather

While the cost of Royal Dragonhide dropped a significant amount, the cost of the Royal Dragon Leather remains steady. Similar to the Crafting Training method, a similar profit is possible through only tanning the Leathers. The two common ways to do so include tanning Leather at the Lumbridge Market, at a Portable Tanner. Or, for higher-level players, through crafting Tanning Machines in the Invention Guild. Optimal use of the Optimized hide Tanners allows for a profit of over a million gold per day, without any input.