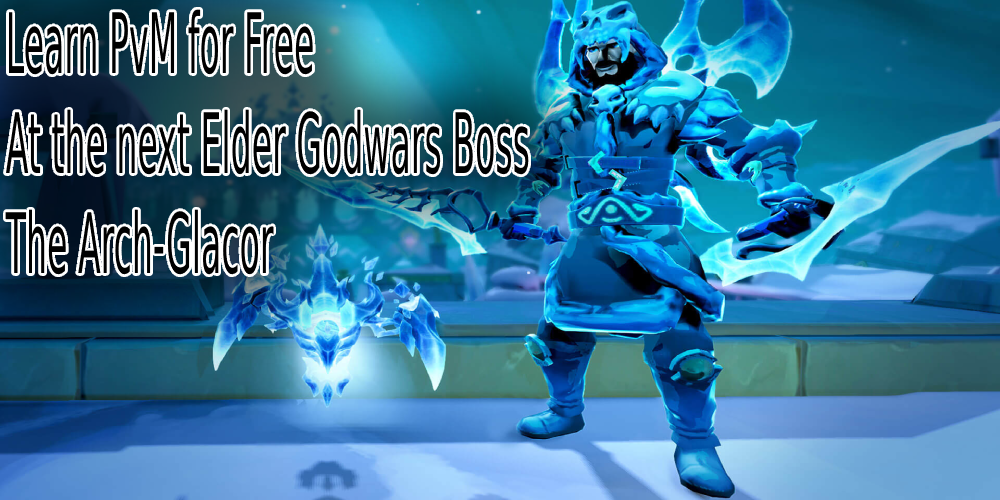 The second Elder God Wars boss, the Arch-Glacor, arrives to Runescape3 on August 31. The second boss arriving to the City of Senntisten brings RS3’s first fully customizable boss fight, alongside the first T95 Melee Dual Wield weapons. The New T95 Dual Wielding weapons have a T85 counterpart available in the normal mode of the Arch-Glacor boss-fight, where the T95 materials are exclusive to Hard Mode.

Why the Arch-Glacor is the best learning boss in RS3

There are several reasons the new Arch-Glacor fight will be the best place to learn PvM in Runescape3. First, the boss has free deaths in normal mode, forever. You can go in, try your best, and take as many tries as you need to get a hold of the fight’s mechanics. Unlike almost every other boss fight in RS3, you don’t lose anything during the learning process.

Second, you can disable every mechanic of the Arch-Glacor fight. (Except for the ice wall, which limits the available battlefield size.) During the reveal stream, several mechanics were shown, including ice falling from the sky, a strong dragon-breath-like attack, and the ability to spawn Glacors onto the battlefield. Each of these mechanics can be turned on and off at your convenience in Normal Mode, with Hard Mode having every mechanic enabled by default.

Well, great! You can take on the Arch-Glacor starting August 31. To get started, all you need is some basic combat gear and level 84 Slayer. Having a Glacor slayer task brings many benefits but won’t be necessary to complete some kills. A comparison the team made during the reveal stream was that the Arch-Glacor with no mechanics is about as difficult as a King Black Dragon fight, just with some extra health.