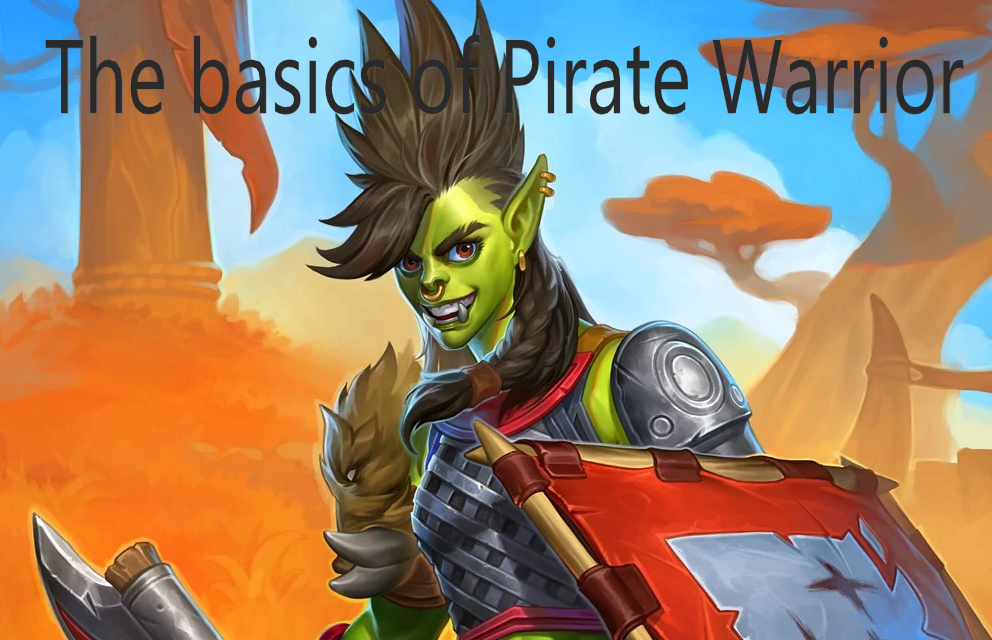 Wild Pirate Warrior is one of the strongest aggressive decks currently available in the format. The deck targets the widely popular Mage decks and does surprisingly well against the “Taxes” Paladin deck that recently gained popularity. The additions of Fogsail Freebooter from the Core Set and Rokara from the Forged in Barrens set increased the archetypes strength quite drastically, moving it ahead of the previous best aggressive decks from the Rogue class.

Most Pirate Warrior decks follow a similar build plan in the current expansion. As such, the list we want to share here is the one most popular among the community, according to Hsreplay.

How to get started with Pirate Warrior

The general rule for Pirate Warrior is simple. Trade with your weapon, attack the enemy with your minions. While there are heaps of exceptions, following this gets you far ahead of most when first learning the archetype.

The mulligan for Pirate Warrior is very interesting compared to most, as there is a massive difference between going first and going second. Our early turns are incredibly important when playing Pirate Warrior—because of that, finding a way to utilize all your mana in your first three turns is a solid game plan. Going first, you are mostly looking for minions to fill your one and two mana options, with your three-cost minions becoming an option if you already have your first turns secured.

Going second, however, is where things get interesting. When we have access to The Coin, your options become much more flexible. While the priority should still be on your minions, you get additional options of keeping some three-cost cards alongside a one-mana card to secure plays for your first two turns. A great example of this is Rokara, which drastically improves going second due to its snowballing nature alongside a one-cost pirate and Patches the Pirate.

The biggest mistake I see people make with Pirate Warrior is when they overvalue Southsea Deckhand and their weak three-cost minions in their initial mulligan. The overvaluing results in a lot of early strength lost for these players. In Southsea Deckhand’s case, while it’s important to have something on turn one, Southsea Deckhand is simply the worst one-cost Pirate that we include in our deck if we don’t already have an equipped weapon.

Combo Handlock (Classic)
Do you want to have your deck featured or work with AceGameGuides on creating strategic content? Email Arend@AceGameGuides.com, and we’ll talk! For more of AceGameGuides, be sure to join the new discord!